Chinese Oil Tankers Duping US: The Case of the Missing Transponders 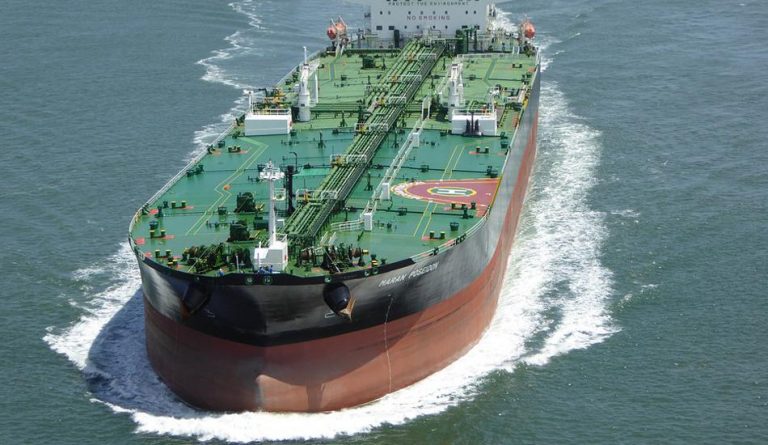 Oil tankers are installed with transponders that generate a unique ID assigned by the International Maritime Organisation (IMO). Companies use these transponders to track the tankers. In recent times, Chinese tankers have abruptly “vanished,” indicating that they have deactivated the transponders. Experts believe that the Chinese are doing it to dupe the U.S. so they can continue buying oil from Iran.

The U.S. has currently placed strict sanctions on Iranian oil, with nations that trade with America asked to desist from obtaining oil from the Middle East country. China, being a major trade partner of the U.S., is obligated to conform to the sanctions. However, China is apparently not following the rules.

In June, a Chinese tanker Pacific Bravo went dark from the watchful eyes of the international community after it shut off the transponder that signaled its position and direction. The U.S. immediately warned ports in Asia not to allow the vessel to dock, as it contained Iranian oil. Though the transponder eventually came online after a few days, it was attached to a ship listed with a different name.

“Without speculating on any particular shipowners’ actions, generally speaking, for a ship to change its name abruptly after receiving accusations from the U.S., it can only be that the owner is hopeful that the market will be deceived by something as rudimentary as a name change,” Matt Stanley, an oil broker at StarFuels in Dubai, said to Reuters.

“The main reason that China initially complied with the U.S. … policy and significantly reduced oil imports from Iran was because it hoped it could be a card that bore some dividends in the trade negotiations. As soon as those talks ran into deadlock, China turned around and resumed oil imports from Iran,” Ali Vaez, an Iran analyst with the thinktank Crisis Group, said to The Guardian.

For China, Iran is important due to the fact that it is the only oil-rich country in the world where the U.S. does not have a strong foothold. By developing relations with Iran, China not only violates America’s sanctions, but also develops an ally to be used against the U.S.

Crimea, which is run by a Russian-backed administration, has offered Iran the use of its ports. According to Deputy Prime Minister Georgy Muradov, Crimea is seeking to increase cooperation with the Iranian government. “Iran can take advantage of our port capacities for oil carriage… Iran can use our shipping capabilities, river-sea canals in such situation and carry oil over the Volga-Don canal, via Crimea, to the Black Sea,” he said to TASS.

Muradov added that though a few Iranian businessmen have shown interest in working in Crimea, active work is yet to begin. Russia, like China, is looking forward to developing a strong relationship with Iran on the basis of the U.S. being a “common enemy.” Interestingly, while the U.S. is a democracy granting basic human freedoms to its citizens, Russia, China, and Iran are governed by authoritarian governments that specialize in censoring voices of those who dissent.