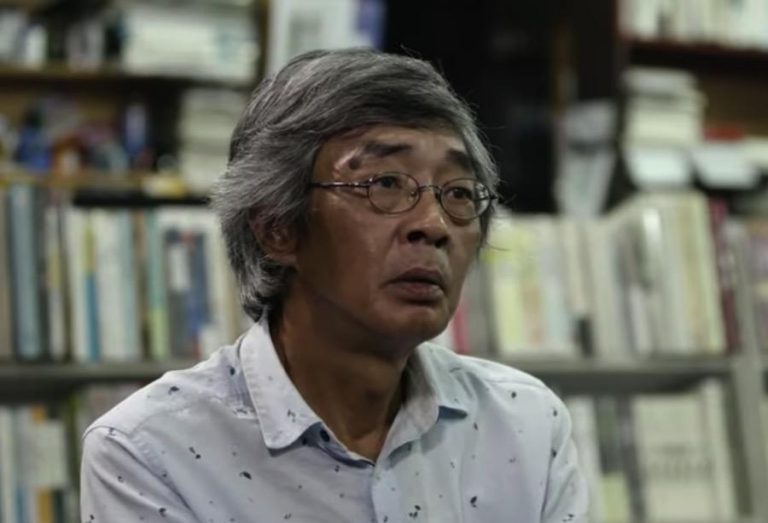 Lam Wing Kee was a manager at the now shuttered Causeway Bay Books in Hong Kong. He now wants to set up the book company in Taiwan. (Image: VICE News via YouTube / Screenshot)

The Chinese Communist Party cannot take criticism and dedicates much of its ruthless machinery inside and outside of China to silencing critics. However. a Hong Kong bookseller has defied Beijing from Taiwan.

Methods the Party uses against mainland critics include jail, job loss, and the developing social credit system. Historically, the death toll for critics of the regime is among the millions the Party has killed since 1949.

Outside of China, the Party’s methods are more under the radar and manifest in ways that include economic inducement for foreign governments and corporations for their silence on the Party’s human rights records, to the Chinese diaspora being too fearful to criticize the Party because of the possibility that their relatives back in China could suffer reprisals.

One high-profile 2015 case of what can happen to critics of the Party was the disappearance of five Hong Kongers who published books critical of the CCP leadership.

The five men from Causeway Bay Books ended up being held in China by state security. All but one of them was released the following year and they returned to Hong Kong in 2016.

One of the booksellers was manager Lam Wing Kee, who was disappeared for eight months. During part of that time, he was kept in solitary confinement, monitored 24 hours per day, and interrogated more than 20 times.

Watch the VICE News video for more about Lam below:

The BBC said that Lam broke the terms of his release by going public about his imprisonment.

Lam told media in Hong Kong that he had been released on the condition he would retrieve a hard disk filled with the names of customers, mainly from the mainland, who’d purchased books from his publishing company. He was meant to return to China with the information.

Lam also told the media that a TV broadcasted confession he gave was forced and based on a script.

Fearing the recently withdrawn extradition bill that sparked much of the pro-democracy protests in Hong Kong, Lam fled Hong Kong to democratic Taiwan in April, and he now wants to reestablish the book publishing company that the CCP destroyed.

The 64-year-old has begun raising money to get Causeway Bay Books back in action and on day one (September 6), he raised more than US$100,000 via a crowdfunding campaign, reported the BBC.

Lam hopes by next year that it will be back and open to the public.

Despite the extradition bill being withdrawn, Lam is unsure if he will return to Hong Kong anytime soon.

One of the five booksellers still being held in China is the bookshop’s co-owner Gui Minhai, a Chinese Swede who was kidnapped from Thailand. He reportedly has given several forced confessions to Chinese state media. Gui’s current welfare is not publicly known.

Watch the VICE News video for more about why people in Hong Kong are terrified of being extradited to China: