Not Just the Amazon: Forests Across the World Are Burning 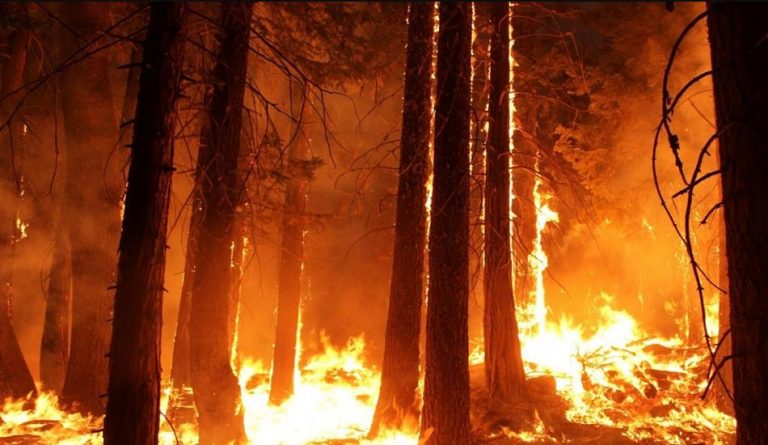 Forest fires across the world seem to have increased. (Image: pxhere / CC0 1.0)

The fires raging across the Amazon rainforest have been one of the most discussed topics in the world over the past weeks. However, most people seem to be unaware that Amazon is not the only region plagued by fires. Forests across the EU and Africa have been rapidly burning up this year, some driven by inevitable climate change, and some due to human activity.

In the EU, over 1,600 incidents of wildfires have been reported between January 1 and August 15, 2019. This is three times more than the average of the past 10 years. Over 271,000 hectares have been reduced to ashes by mid-August this year, which is 100,000 hectares more than the average land burned in the same period last decade. RescEU, the European Union’s disaster management system, has been helping Italy, Spain, Greece, and other nations mobilize resources to fight the forest fires.

2017 was a very bad year for Europe as wildfires burned down a record 1.2 million hectares of forest land. A report released by the European Commission had warned that such fires could increase in the future due to changes in climate. “Around the Mediterranean region, climate change will reduce fuel moisture levels from present values, increasing the weather-driven danger of forest fires. Furthermore, areas exhibiting low moisture will extend further northwards from the Mediterranean, and the current area of high fuel moisture surrounding the Alps will decrease in size,” said the report.

In Africa, thousands of hectares of forests have been burning in recent weeks. However, drawing parallels to the Amazon wildfires could be a mistake. “The forest burns in Africa but not for the same causes… In the Amazon, the forest burns mainly because of drought and climate change, but in central Africa, it is mainly due to agricultural techniques,” Tosi Mpanu Mpanu, an ambassador and climate negotiator for DR Congo, said to News.Com.au.  According to the images of forest fires released by NASA, much of the fires in Africa seem to be occurring in regions outside the rainforest. This is also the reason why the forest fires of Africa are not being seen as much of a problem when compared to the Amazon.

The Amazon wildfires have dented the public image of Brazilian President Jair Bolsonaro. His rejection of US$20 million aid offered by G7 nations to fight forest fires has not gone down well with the public. Bolsonaro had rejected the money due to a personal dispute with the French President. A recent survey conducted by Datafolha polling institute shows a decline in public approval of Bolsonaro.

Almost 66 percent of the polled participants were of the opinion that Brazil should have accepted the G7 aid since it would have helped in combating the Amazon fire. The Brazilian government recently banned people from setting forests on fire for clearing land for agriculture. However, almost 4,000 fires across the Amazon were reported in the two days following the ban.