The Fate of the Chinese National Anthem Lyricist and Composer 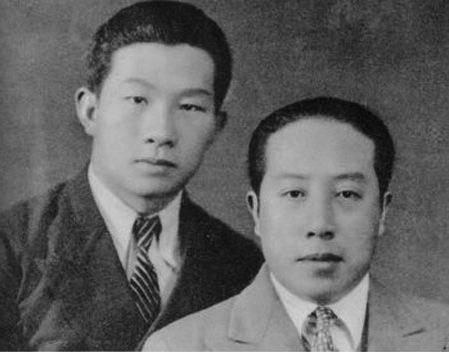 Tian Han (right) and Nie Er (left), respectively the lyricist and the composer of 'March of the Volunteers,' photographed in Shanghai in 1933. (Image: wikimedia / CC0 1.0)

Tian Han was the lyricist and Nie Er the composer of the music that became the Chinese national anthem, The March of the Volunteers. This song was the favorite choice of the CCP, and when it took power in 1949, it became the Chinese national anthem. What became of Tian Han and Nie Er in the years that followed? This story shows how both suffered retribution through experiencing bitterness, hardship, and untimely death.

Tian Han was born into a peasant family in Changsha, Hunan Province, in 1898. He studied at Changsha Normal School and went to Japan to study education and drama at the age of 19. After returning to China in 1925, he made films. In January 1931, Tian Han became an executive member of the Chinese left-wing Drama Alliance, a branch controlled by the Communist Party. In 1932, he joined the Communist Party and was actively involved in the Shanghai literary and art circles.

After the CCP took power in 1949, Tian Han went to Beijing and became a senior leader in the drama industry. Tian Han often stood up for those who were labeled as anti-communist or those whose dramatic works were labeled as anti-government or seen as advocating their own styles. Because of this, he was singled out during the Cultural Revolution and was labeled a vicious, reactionary, academic authority.

Once Tian Han was eating in the cafeteria and coughed up phlegm because he had a bone stuck in his throat. He vomited and those who supervised him saw this. They forced him to eat what he had vomited up which was the worst humiliation for him. Moreover, his son publicly denounced him and declared that he had no relationship with his father. The lyrics of The March of the Volunteers as the national anthem were revised, which caused more mental anguish for Tian Han.

In 1968, Tian Han died in number 301 hospital with no family members around and nobody came to take his belongings away. Once a bright, talented, promising, and energetic young writer, Tian Han died alone and heartbroken.

Nie Er was born in 1912 and was one of the active left-wing writers and composers of the 1930s. He loved music from childhood and was influenced by communist books and revolutionary songs in middle school. Nie Er came to Shanghai in 1930 and quickly joined the anti-imperialist alliance led by the Shanghai Underground Organization of the Communist Party. He began composing for left-wing films in 1933 and in the same year joined the Communist Party.

At the beginning of 1935, Tian Han wrote the song for the anti-Japanese film Children of Troubled Times. The theme song for this film The March of the Volunteers was the one to which Nie Er composed the music. Tian Han was arrested after writing the lyrics, and Nie Er left China for the Soviet Union, via Japan. In July of 1935, at the young age of 23 years old, Nie Er drowned while swimming.