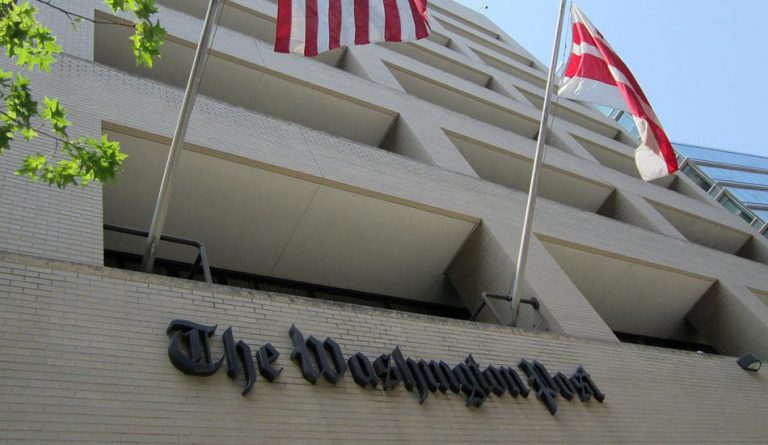 The Washington Post recently shocked U.S. readers after it published an 8-page advertising supplement that listed the achievements of the Chinese communist government. (Image: Daniel X. O'Neil via Wikimedia Commons)

The Washington Post recently shocked U.S. readers after it published an 8-page advertising supplement that listed the achievements of the Chinese communist government. The paper has previously been criticized for publishing pro-China content by Falun Dafa practitioners.

The supplement, China Watch, came with a disclaimer that stated the content had been prepared by China Daily, a state-owned publication, and was not the opinion of The Washington Post. Given that the U.S. and China are currently engaged in a bitter trade war, many people found it odd that the newspaper decided to publish such content.

“Are they so desperate for cash, when they are owned by one of the richest men in human history, that they have to publish propaganda for communist China? We’ve always called it Red China, but The Washington Post wants to make sure it’s always read,” Dan Gainor, vice president of Media Research Center, said to Fox News.

In 2017, The Washington Post started using the slogan “Democracy Dies in Darkness” after Trump got into a spat with a certain portion of the media he believed was unfair toward him. Given this history, it seems hypocritical of the paper to publish content from a government that does not even allow basic democratic rights. This is not the first time The Washington Post has published the China Watch supplement. In fact, the paper has been doing it for more than three decades. America’s trade war with China has brought public attention to the issue just now.

In February 2017, the Falun Dafa Association of Washington, D.C. asked the paper to stop publishing the pro-China supplement after one edition called Shen Yun Performing Arts performances blasphemy. The association warned that sanctioning such slander would only embolden Beijing to ramp up its attacks on Falun Dafa practitioners.

Though the supplement did contain a disclaimer that it was an advertisement, Frank Lee, spokesman of the association, argued that The Washington Post could not be absolved from its responsibility. After all, the management of the paper has the final say in advertising content. “Would the Post print an advertisement with anti-Semitic or racial slurs?” he said to The Epoch Times.

Beijing’s propaganda is not just limited to creating a favorable image of China among the American public. It has also been directed against the protesters of Hong Kong to discredit their fight for democracy. In the mainland, Beijing portrays the protesters as violent rioters who are allying with foreign powers to cause social upheaval in the country. The propaganda has been so successful that many mainland Chinese people even support a military intervention in Hong Kong to teach the dissenters a “lesson.”

“Deep inside, mainlanders and Hong Kong people have very different life experiences and emotions… Without the shared emotions, it’s not easy for mainlanders — even those who can freely access information — to empathise with Hong Kong people, which is an important explanation for how the government has been able to create a parallel universe of narratives,” Fang Kecheng, an assistant professor of journalism at the Chinese University of Hong Kong, said to the Independent.

In the West, the Chinese government disperses its anti-Hong Kong propaganda through social media platforms like Facebook and Twitter. Pro-Beijing supporters opened thousands of fake accounts to spread false information about the protests. After Twitter and Facebook identified such propaganda accounts and pages, the companies quickly deactivated them.