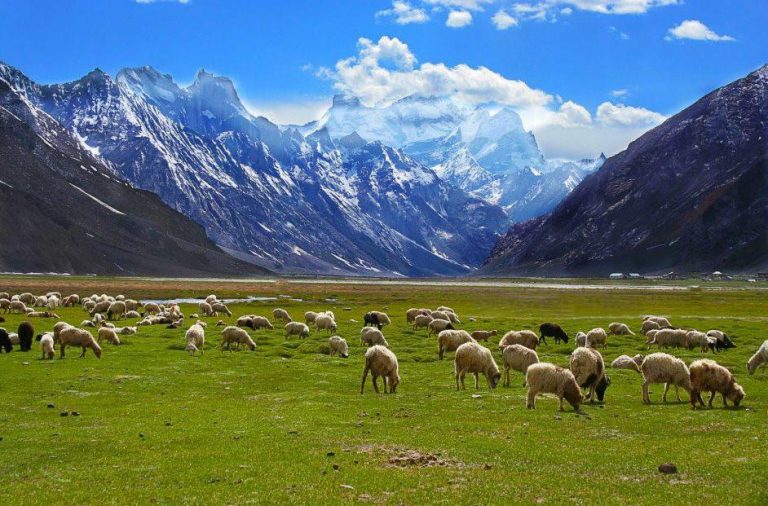 After India revoked Jammu and Kashmir’s (J&K) special status, the popularity of patriotic songs in the country has seen a rise. (Image: via Narender9 wikimedia CC BY-SA 3.0)

After India revoked Jammu and Kashmir’s (J&K) special status, the popularity of patriotic pop songs in the country has seen a rise. An increasing number of people have been talking about buying land in J&K now that the region is fully integrated with India. While some see it as an expression of hypernationalism and an “attack” on the rights of locals, others see it as a natural reaction to the discriminatory property rights that people of J&K had enjoyed.

Land in Jammu and Kashmir

When India and Pakistan were partitioned in 1947, J&K had to choose to merge with one of these two nations. The ruler of Kashmir at the time, Maharaja Hari Singh, decided to accede to India. But instead of applying a single Indian common law in the region, Article 370 was passed which conferred special rights on the state. In effect, J&K was able to govern itself with its own unique set of rules, while all other Indian states followed common law. This has been a thorn in the eyes of most Indians who feel that such discriminatory laws should be repealed and J&K should come under one single law of a unified nation.

In August, the Indian government repealed Article 370, thereby bringing the state under Indian laws. While Article 370 allowed people from Jammu and Kashmir to buy land in India, it banned Indians from buying land in J&K. As such, the removal of Article 370 was met with much cheer from the Indian public. Some people started creating patriotic songs. One songwriter, Nitesh Singh Nirmal, created Dhara 370 with a nationalistic message that has garnered more than 1.6 million views till now. “I am doing service for the nation. People dance to these songs,” he said to Al Jazeera.

But such songs have irked critics who claim that it represents India’s aggression toward the Muslim-dominated Kashmir region. They argue that Indians from the rest of the region will now flock to Kashmir, buy land, and change the demographics of the place. However, what the critics forget to mention is that repealing Article 370 now provides equality for all Indians to buy land and settle anywhere they want.

Plus, women in J&K will now enjoy the same rights as other women in the country. When the special status was in effect, J&K women who married outside the state were banned from buying real estate or transferring property to their children. The rules were not applied to men. But now, women enjoy the same property rights as men under one single Indian law. “My sister could not buy property as she had been living outside for decades and married a non-J&K resident. She was happy with this announcement. Now, she can also buy land,” a woman from the Jammu region said to India Today.