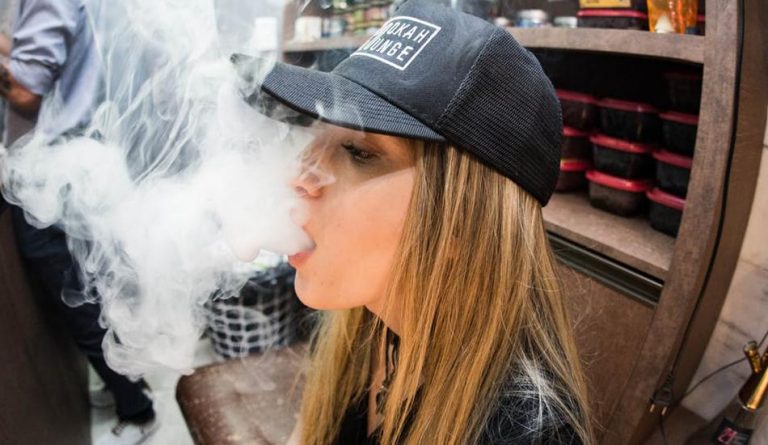 A teenager has come down with a lung disorder due to long-term vaping. (Image: pexels / CC0 1.0)

An 18-year-old Utah teenager was placed in a medically-induced coma as a result of a rare lung disorder developed from years of vaping. The teenager, Maddie Nelson, is one among the many American citizens whose health has been damaged by the use of e-cigarettes.

“I had fat particles growing inside my lungs that were related to the glycerin in vape juice… So then my lungs were full of fluid. They [doctors] said that my chest X-rays were one of the worst they’ve ever seen… When you inhale the moisture, it’s just creating the perfect environment for bacteria to grow inside your lungs and for infection to start. And that is basically what happened,” Maddie said to Fox31.

When Maddie initially started using e-cigarettes, she was thrilled by it. Three years later, she started experiencing the side effects of her vaping habit. Maddie lost her appetite and started running a high fever. When she was admitted to the hospital, the doctors were unable to determine what was actually wrong with her. It’s only after she was put in a coma that the doctors were able to realize that Maddie’s body has been damaged due to several years of vaping.

After being taken out of a coma, Maddie started recovering. She is still in the hospital and needs to use oxygen at night as her chest will start to randomly feel tight. Since her insurance did not cover the entire hospital stay, Maddie is piling up medical debt. Her horrible experience with vaping has made Maddie pledge that she will never touch an e-cigarette again.

Maddie’s case isn’t unique. Since late June, more than 200 cases of severe respiratory diseases have been reported in 25 states. All the patients are known to have used e-cigarettes. On August 23, authorities reported the first case of death linked to vaping. According to a 2018 National Institutes of Health survey, almost 21 percent of high school seniors admitted having vaped nicotine in the 30 days prior to the survey. Even Maddie had stated that everyone at her high school used to vape.

Given the growing incidents of hospitalization, health officials have warned against the use of e-cigarettes and asked young people to give up the habit. “We will continue using every regulatory and enforcement power we have to stop the epidemic of youth e-cigarette use. This situation and the rising tide of youth tobacco use is a top public health priority for the Trump Administration and every leader at HHS,” Alex Azar, Health and Human Services Secretary, said in a statement.

The Vaping industry in America is deeply linked to China. The first e-cigarette was developed by a Chinese pharmacist in 2003. Since then, China has been exporting thousands of vaping devices to the U.S. every year. In fact, almost 90 percent of the vape products being sold in America are believed to be manufactured in China.

“When electronic cigarettes and vaping devices came out, they were brought to the market in China as a [smoking] cessation device. And they’ve never been marketed or tested that way… None of that research was done. They were brought on the market as a consumer product, and now they’re here and we realize there’s a lot of unintended consequences,” Susanne Tanski, a pediatrics fellow, said to WJLA.

In 2018, the Trump administration slapped 25 percent tariffs on Chinese vape products as part of the trade war. With incidents of hospitalization increasing among vape users, the government might think of banning such products altogether. The FDA is already considering implementing vaping regulations in 2022.