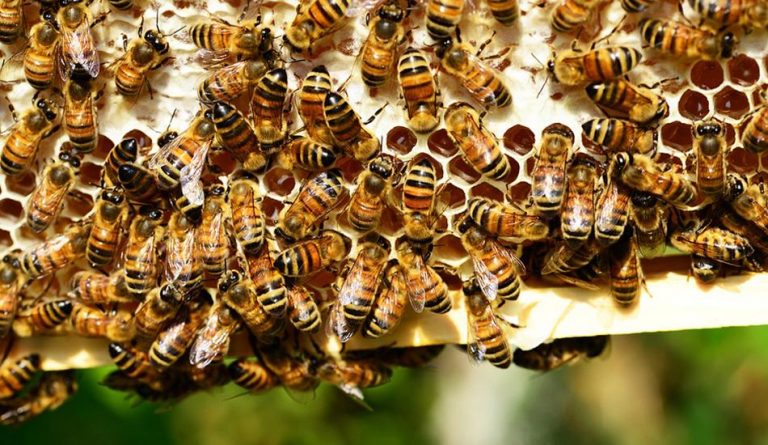 Since European honey bees were introduced to China in the 19th century, almost 80 percent of the country’s native honey bee population has been lost. (Image: PollyDot via Pixabay)

In China, European honey bees were introduced in the 19th century. Since then, almost 80 percent of the country’s native honey bee population is estimated to have been lost. The European honey bees are now causing a major change in China’s cultivation tactics, as well as the flora of the land.

European bees began to be used in China because the male drones were almost twice as big as the native ones, while the females were more dedicated to their jobs and produced more honey. Bees follow a hierarchy in which the queen rules the hive and lays eggs, while the workers produce honey from the pollen.

Interestingly, the Western bees were seen to be more loyal to the queen. “We found the Western worker bees take the messages from her majesty much more seriously… They are also more willing to execute her orders, and see to her needs,” Professor Tan Ken, from the Chinese Academy of Sciences, said to South China Morning Post.

This huge fall in the native bee population spells disaster for China. Asian bees have evolved over a period of 70 million years to pollinate local plants. In contrast, the European bees, introduced just a few centuries back, are unable to recognize and pollinate many of the plants native to China. As a consequence, the mass extinction of Asian honey bees also means that numerous plant species die out, resulting in big ecological changes.

In some regions of China, the large-scale use of pesticides has also been a reason for the fall in the bee population. Farmers are said to be pollinating flowers by hand in order to fertilize them and produce fruit. The high costs involved in manual pollination of the flowers combined with lower fruit yields point to a possible future where global food production might drastically fall and create social chaos.

China saw a similar kind of situation between 1959 and 1961, during which the infamous “Great Chinese Famine” occurred. As part of the drastic changes to the country’s farming policy during those years, Chairman Mao decreed that sparrows were a pest. He was of the opinion that they were eating stored grains, which was harming agricultural production. The mass killing of sparrows resulted in a sudden increase in crop-eating insects. This was one of the major contributing factors to the famine.

Russia is also facing a challenging situation with regard to its bees. In the region between Moscow and east Siberia, millions of bees have died off this summer. In 24 of Russia’s 84 regions, mass bee deaths have been reported.

Authorities now fear that this decline in bees will eventually affect agriculture and cause a fall in food production in the immediate future. “If we lose the bees, everything will be affected… We have to protect them as if they are holy,” Arnold Butov, the head of Russia’s beekeepers’ union, said to The Moscow Times.

In June and July alone, almost 300,000 bee colonies died off. Consequently, the country’s honey production could decline by 20 percent this year.