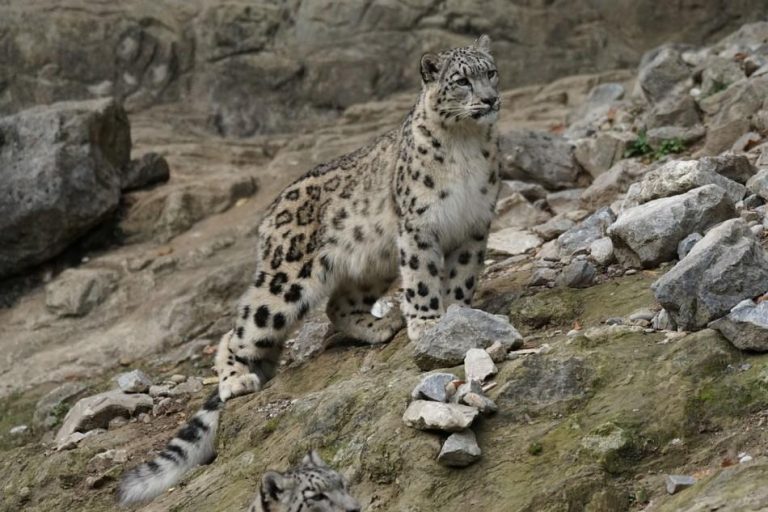 According to estimates, there are only about 4,500 to 7,000 snow leopards left in the wild. China is believed to be home to 60 percent of these exquisite creatures. As such, the country plays an important role in determining whether snow leopards continue to exist in our world or go extinct.

Dozens of peer-reviewed research papers have been published about snow leopards in China. However, all these studies are based on surveying just 1.7 percent of the animal’s estimated range. Because the snow leopard lives in a vast region with diverse economic and social conditions, the study of these creatures’ habitat in China poses a huge challenge. According to the Status of Snow Leopard Survey and Conservation, China 2018 report, snow leopards are facing various threats in different regions of China.

In the Linxia region of Gansu Province, illegal hunting is driving down the number of snow leopards. The area is a well-known wild animal fur trading center. In the province of Qinghai, stray dogs are the biggest problem. The low demand for Tibetan Mastiffs and large-scale abandonment has resulted in packs of dogs roaming the region, posing a threat to snow leopards. In Sichuan, high population growth seems to be infringing on the habitat of these creatures.

As of 2017, China has about 26 conservation zones for snow leopards. More national parks are being planned to protect the animals. Beijing also seems to be cooperating with other snow leopard range countries in the preservation efforts. China essentially shares borders with 10 of the 11 countries identified as prime habitats of snow leopards. As such, any effort the Chinese government puts in with regard to protecting these creatures will have a massive effect on their survival.

According to Dr. Justine Shanti Alexander, a Snow Leopard Trust ecologist: “We’re seeing a growing number of national organizations and universities working together on snow leopard conservation in China… However, the challenge of scale calls for even greater effort in partnership with all concerned,” (Snow Leopard Trust).

Snow leopards are mostly solitary creatures that are active at dusk and dawn. They prefer to live in arid, barren mountainous regions. Though carnivorous, the creatures are not known to attack humans. Their main prey includes blue sheep, ibex, and argali. In addition to China, other countries that see a high concentration of snow leopards include Mongolia, Kyrgyzstan, Tajikistan, India, Nepal, Bhutan, and Pakistan.

Snow leopards have short, round ears that cut down heat loss. The nasal cavity warms the air before it reaches the lungs. Grey-white fur gives the snow leopard excellent camouflage abilities in snowy, mountainous areas. During winter, the fur grows extra thick. Snow leopards are also known to wrap their tails around the body for warmth.