Wujie, a Village That Boasts It Is the ‘Home of the Clouds’ 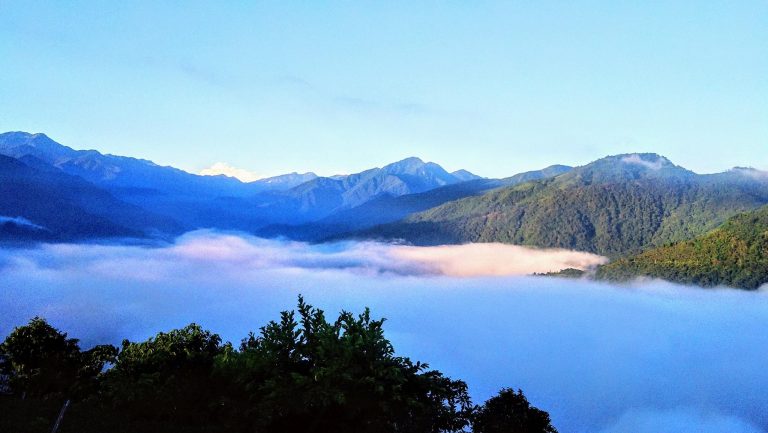 Wujie (武界), in central Taiwan’s Nantou County, boasts that it is “the Home of the Clouds.” (Image: Courtesy of Twhazetea 雲夢茗園)

Nestled deep in a valley behind Puli Township (埔里鎮) in central Taiwan’s Nantou County (南投縣), Wujie (武界), is a beautiful tribal village about 253 kilometers away from Taiwan’s capital, Taipei. Surrounded by mountains that are often shrouded in clouds, Wujie boasts that it is “The Home of the Clouds.” Since its unspoiled natural beauty, Wujie is also dubbed the “Shangri-La of Taiwan.”

At 720 meters above sea level, Wujie is a small village with a population of about 800. It has been so named since the Japanese Colonial Period (1895-1945). In fact, the village’s official name is Fazhi Village (法治村). Originally, the village was called Vokai in the Bunun dialect (布農語), which means water coming out of the ground, as it often does from June to November every year.

The village has soared in popularity in recent years because the wide and flat riverbed of the Zhuoshui River (濁水溪) is transformed into swirling colors of red and green during the dry season from February to March every year. The amazing colorful red Azolla and water ferns floating on Zhuoshui River in winter look like abstract paintings, and are often referred to as “God’s Palette (上帝的調色盤).”

Something special about this secluded village is the Wujie Dam (武界壩), also known as the Bukai Dam. It was constructed by the Japanese in two stages from 1919 to 1934 and is primarily for diverting water from the Zhuoshui River (濁水溪) to a storage reservoir at Sun Moon Lake (日月潭) for hydroelectric power generation.

As the old 15.2-km-long diversion tunnel built by the Japanese in 1934 has been obsolete, a new tunnel was constructed in 2006 by the Taiwan Power Company. Constructing the new diverting tunnel from Wujie Dam to Sun Moon Lake is a formidable project.

The old Wujie Tail (武界古道), also known as the old Qubing Trail (曲冰古道), is another feature of this tribal village. It is a 1.8-km-long narrow rugged trail with a couple of small waterfalls and cliffs along the way. It is also a great location to overlook the Wujie Dam and the reservoir.

Momonaer Waterfall (摩摩納爾瀑布) is located at the end of the old Qubing Trail, which is a unique waterfall with an orange rock wall. Since the trail’s last 50-meter stretch is in the water, which has a rapid current, it’s hard for the elderly and small kids to make it to Momonaer Waterfall, but it’s truly worthwhile to be at the waterfall in person.

Referred to as Wujie Xinebding (武界西門町), Jieshan Lane (界山巷) is the core area where many local residences, gift shops, guest houses, and a church are situated. Wujie Xinebding is a place where visitors can soak up the vibes of the Bunun tribal culture and purchase a variety of local delicacies and produce.