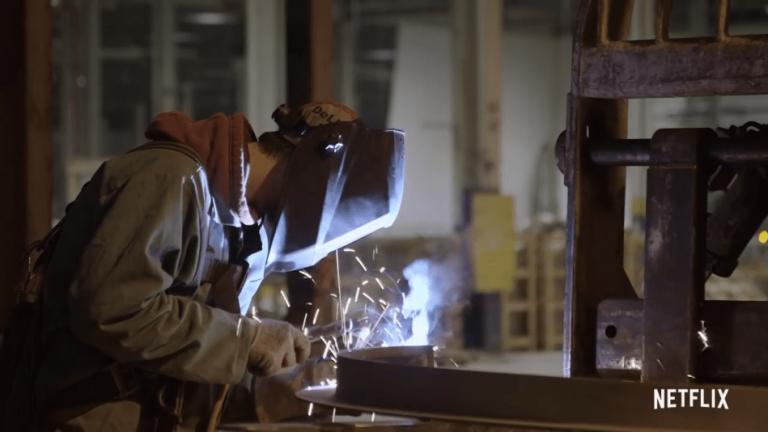 'American Factory' is a Netflix documentary about the life of American workers in a Chinese-owned U.S. factory. (Image: Screenshot / YouTube)

American Factory is a Netflix documentary backed by Barack and Michelle Obama’s production company, Higher Ground. It documents the life of American workers in a Chinese-owned U.S. factory.

In the U.S., employees work for an average of 8 hours per day. Anyone who works more than the stipulated time is given overtime pay. The workers have unions through which they can put forward their grievances to the management and ensure that their rights are honored by the company. However, Chinese companies work very differently. American Factory highlights these differences through a Chinese auto glass company called “Fuyao,” which has built a factory close to Dayton, Ohio.

While Fuyao brought new jobs into the city, it also introduced the Chinese-style work culture characterized by a harsh management that expects too much from employees. The workers are paid just US$14 per hour, less than the minimum wage of US$16 per hour stipulated by the government and way less than the US$29 per hour the workers used to earn some time back. The employees also complain about safety hazards. Despite these difficulties, they continue to work at the factory since jobs are scarce in the region.

Fuyao management has forbidden any union activity in the factory. In fact, the company spent US$1 million to block a unionizing campaign. The company’s head, Chairman Cao, states in the documentary that he will shut down the Dayton plant if a union ever comes to the factory. The only silver lining is that the wages are just enough to allow the workers to at least rent their own apartments. Unfortunately, the same cannot be said for their Chinese counterparts.

The documentary takes viewers into the company’s plant in the Chinese city of Fuqing. The migrant workers in the factory live in dormitories. They are made to work 12 hours every day and are only allowed to go home about once or twice a year. The workers have to pick up the shattered glass with very little protection. Every day they come to work, the workers have to chant slogans in the morning, pledging that they will work harder. Chairman Cao not only heads the company’s union, but is also the leader of the local Communist Party. He admits that the company wouldn’t have gotten very far without government assistance.

In China, the documentary has been received with much enthusiasm. Though Netflix is banned in the country, people are watching pirated copies. The difference between the relatively higher working standards enjoyed by the American workers and the pathetic situation of the Chinese has sparked a strong conversation in the country on whether the extreme work-focused culture is necessary. The documentary comes at a time when the “996” work schedule, referring to working 12 hours a day from 9 a.m. to 9 p.m. for 6 days a week, is being challenged.

As far as America is concerned, the documentary raises serious questions on what awaits the blue-collar section of the working population. American Factory is the first release of Higher Ground. The documentary comes at a time when the U.S. and China are engaged in a bitter trade war where both nations are seeking to dominate the future of manufacturing.