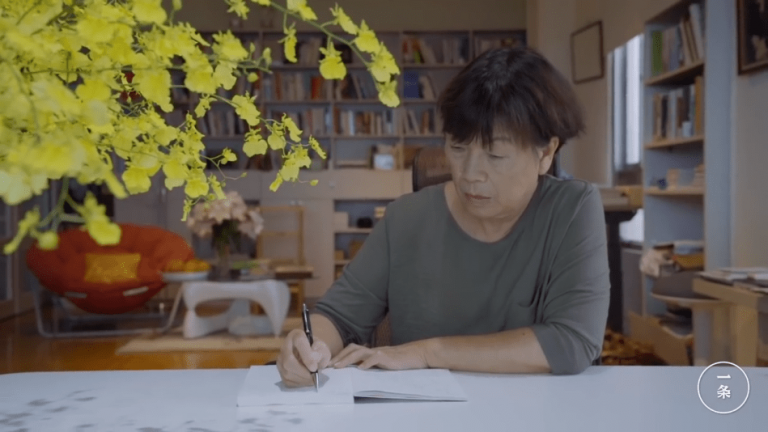 Lung Yingtai, a famous Taiwanese writer and cultural critic, recently took to Facebook to post her views on the anti-extradition protests.

In her view, if China deals with Hong Kong as an enemy by using force, it is not that Hong Kong has betrayed its homeland; on the contrary, it is the homeland that has betrayed Hong Kong.

Due to the increasing brutality of the police, the anti-extradition protests in Hong Kong have spiraled out of control. The initially peaceful protests have been infiltrated by armed police disguising themselves as demonstrators in order to sabotage the protests, setting fires, and indiscriminately beating people in public. The death toll has now climbed to at least 10, with many others suffering severe injury, some even being paralyzed and no longer able to move or even speak. Young protesters are penning last letters to their parents before taking to the streets, saying they must go out, there is no other way. Protesters carry these letters in their handbags as they head out to face police, knowing they are risking their lives, but also feeling that there is no turning back. They have put aside their fear of death, sacrificing themselves in order to maintain freedom for Hong Kong.

The brutal actions of the police have been caught on video and are being exposed to the public one by one. But what is seen on social media and what Mainlanders are being shown by state-run media are two very different stories. The mainstream media, run by the CCP, is misleading people in Mainland China and spreading false stories, all in an effort to instill hatred against the people of Hong Kong. Both the police and groups of gangsters have deliberately smeared the reputation of the protesters by seeking to blame them, increasing the level of conflict between the two sides. The people of Hong Kong feel that their own government has betrayed them, and that it has lost the ability to protect its own people. They wonder where they can turn for help at a time when not just their freedoms, but also their lives, are in danger.

In her Facebook post, Ms. Lung stated that the young people who took to the streets are not naïve. They know they are “like a delicate egg facing a formidable high wall,” an analogy commonly used to refer to protesters facing the powerful government. She went on to elaborate: “There is an egg on the ground in the garden. How do we treat an egg? We bend down, pick it up gently, hold it in the palm of our hand, and do not break it.”

The protester s have laid out 5 demands of the Hong Kong government — withdraw the extradition bill, hold an independent investigation into the use of force by the police and provide amnesty for the arrested protesters, bring a halt to categorizing the protests as riots, implement universal suffrage, and lastly, they’ve called for the resignation of Chief Executive Carrie Lam. It was Lam who proposed the extradition bill, causing chaos to erupt in Hong Kong. While the extradition bill has recently been withdrawn, a deep wound has been created, a wound that will not be easily healed.

The basis of the “five major demands by the young people” is a valuable starting point for maintaining freedom in Hong Kong. The demands focus on important elements of a free society, including the fairness of social systems, justice of resource allocation, implementation of the rule of law, transparency of the government, and full participation of the people in politics. These values are universal and they are also what the Mainland people are hoping for.

Call for a harmonious resolution

For the CCP to continue saying there are foreign interventions causing the unrest is becoming increasingly difficult to do. People are no longer so easily deceived, and the lies of the CCP are being exposed. The people of Hong Kong hope that their government can respond to the original “five major demands,” and bring about a peaceful and harmonious resolution.

Lung Yingtai said: “A big country relies not only on missiles, money, and power or the iron fist rule of a party, but it also relies on the broad-mindedness of its people, their far-sightedness, and tolerance.”

Translated by Chua BC and rewritten by T. Denning