Hongkongers Have Support From the Mainland Despite Censorship 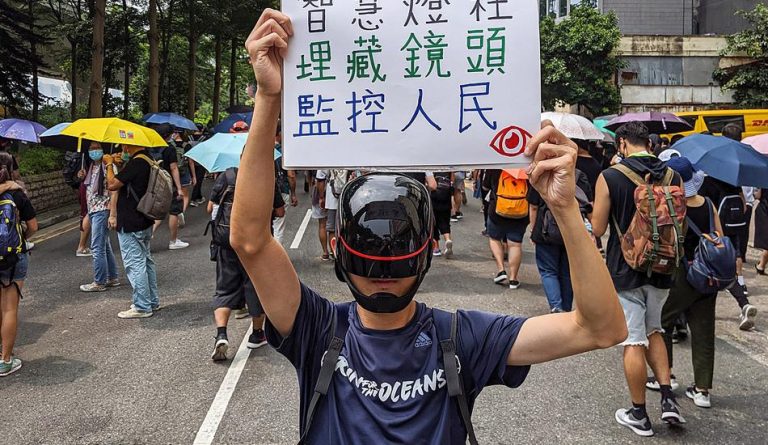 Over the past year, the world has witnessed protest from Hong Kong to Chile, from Iran to the U.S. (Image: Studio Incendo via flickr CC BY 2.0 )

To prevent Hong Kong protests from affecting the mainland, the Chinese government censors coverage of the topic and spreads propaganda that depicts the protestors as allied with foreign powers. But despite Beijing’s best efforts, the truth about the protests keeps filtering into Chinese society through various means. Now, many Chinese nationals have begun extending their support to the Hongkongers.

Support from the mainland

Recently, a mainland Chinese sent a note to Hong Kong protestors, urging them to keep fighting against Beijing’s incursions into their freedoms. “I am a Mainlander, and I want to tell you that there are people supporting you in mainland China, although we are not able to speak up for you. You are not alone, add oil,” the note said, according to @DemocracyforHK. “Add oil” is a term used in Hong Kong aimed at encouraging a person or group to continue to strive for their goals.

Such sentiments about Hong Kong are not rare in China. However, expressing support publicly is not possible for most mainlanders, which is why the person sent the note anonymously. If the Chinese regime were to recognize the identity, the person would be arrested and thrown into jail. At the border of Hong Kong, authorities are thoroughly checking the phones of returning mainlanders to ensure that they are not supporters of the protests.

In one incident, officers confiscated the entry permit of a female mainlander after they discovered that she had installed Facebook during her visit to Hong Kong. Facebook is banned in China. She was accused of having deleted pro-protest messages before entering the mainland. The authorities only allowed her back into China after she was able to convince them that the app was only installed to follow her music idol, David Bowie.

It is not just scrutiny of the authorities that mainland Chinese who support Hong Kong protests have to contend with. If their family, friends, or co-workers come to know about it, they could end up being exposed online. “My post expressed my discomfort at seeing some mainlanders cheering reports that protesters had been beaten up by gangsters during the demonstrations, and I said incidents like this should be thoroughly investigated… The next thing I knew was that a college classmate of mine had taken a screenshot of that post and shared it to a mainland Chinese website,” an anonymous Chinese mainlander said to Quartz.

The protests in Hong Kong have gained huge support in Singapore. A poll conducted in June showed that almost three-quarters of Singaporeans backed the protestors who were fighting to maintain their freedoms. Singapore, though a democracy, does not provide full freedom of speech to its citizens. As such, the idea that a group of people in Hong Kong were standing up to mighty China might feel inspirational for many Singapore residents.

“The empathy that Singaporeans have for Hong Kong protesters stems primarily from the conviction, passion, and sense of purpose that Hongkongers have shown, especially the younger generation… The Hong Kong protests, before the violent storming of the Legislative Council building, will certainly be a reference point for Singaporeans if they are in a similar situation. It is about fighting on bravely even in the face of futility,” Eugene Tan, a law professor from the Singapore Management University, said to the South China Morning Post.

Hong Kong is Singapore’s fifth-largest trading partner. The protests in Hong Kong are expected to have a spillover effect on Singapore’s economy in the short term. Businesses that have a “strong dependence” on Hong Kong will be affected the greatest, Singapore’s trade minister Chan Chun Sing warned.