Underwater Cities Fit for Humans: Are You Ready? 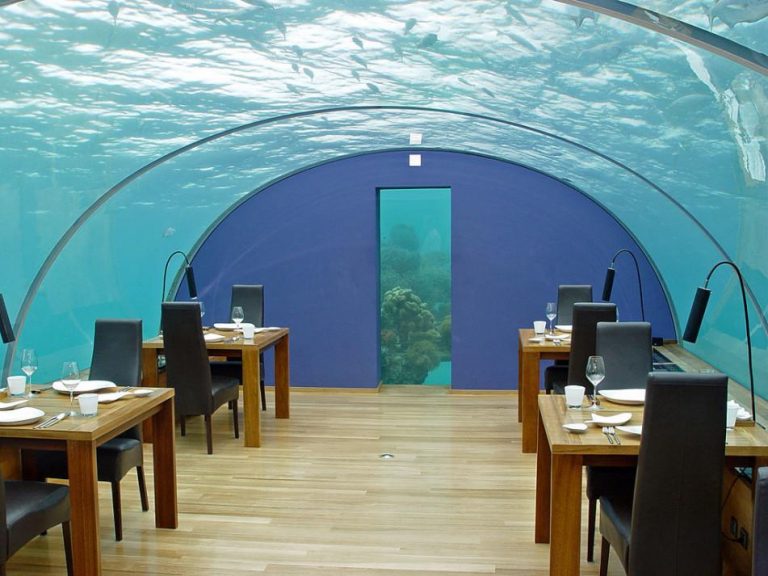 Underwater cities could become a reality within the next hundred years. (Image: Alexey Potov - Noblige via wikimedia CC BY-SA 2.5)

Many coastal cities are facing the risk of getting submerged under water due to changing climatic conditions. The Indonesian capital of Jakarta is sinking so fast that the government has actually planned to build a new capital in Borneo. Authorities in the Maldives are thinking of constructing tall islands in order to overcome rising seas.

According to estimates, almost 570 cities will have to face storm surges and rising sea levels by 2050. Combined with a rising population, the sinking of cities will cause major chaos in the world. While some people think that building cities further inland is the best solution to prevent such scenarios, a few have put forward a bolder idea — to build underwater cities.

Living under the sea

In 2016, Samsung released a study titled “The SmartThings Future Living Report” authored by one of Britain’s leading space scientists, Dr. Maggie Aderin-Pocock. The report predicted that “in a century’s time, we’ll be living underwater because land space in urban areas will be in short supply. Underwater neighbourhoods and floating communities will spring up, while building deeper into the earth will also become a priority,” according to The Telegraph.

Building cities underwater is not a new idea. Though it has existed as a fantasy for many centuries, the concept was popularized by famous ocean explorer Jacques Cousteau in the 1960s. Today, it stands out as a viable concept. To start with, a colony must be built within a depth of 1,000 feet. Breathable air is pumped into the city by separating oxygen from the water. Desalinating the water will meet the needs of food production, drinking, bathing, cleaning, and so on. Living on the ocean floor will allow people to avoid getting barraged by destructive storms. Rising sea levels won’t even be an issue.

Basic prototypes of underwater habitats already exist. Philip Pauley, a designer and futurist from Britain, has developed the Sub-Biosphere 2, a self-sustainable underwater habitat suitable for long-term human living. One of his habitat ideas could easily save up to 100 people during a disaster scenario. Large-scale underwater habitats that can sustain thousands of people are actually feasible. All that is required is sufficient interest and motivation to get the industry going.

Shimizu Corporation, one of the top contractors in Japan, has already announced plans to build a massive underwater habitat in Tokyo by 2030. Named the ‘Ocean Spiral’, a submerged 500-meter sphere will support a tower that will be filled with hotels, shops, offices, homes, and so on. Entrance to the Ocean Spiral will be located 200 meters below sea level. Energy will be generated using thermal power, exploiting the differences in temperatures between the deep sea and surface water. When completed, the Ocean Spiral is expected to support 5,000 people. The cost of the entire project is estimated to be US$26 billion.

Lady Landfill is an underwater city concept developed in 2011 by three Serbian Architects. One standout idea in the design is the use of giant skyscrapers to recycle waste of the Great Pacific Garbage Patch to generate energy.

The Gyre is a floating underwater city proposed by a company called Zigloo in 2010. The city is designed to reach a depth of up to 400 meters and would cover an area of 212,000 square meters. The underwater city would have four huge wings that would be big enough to hold the largest ships in the world.