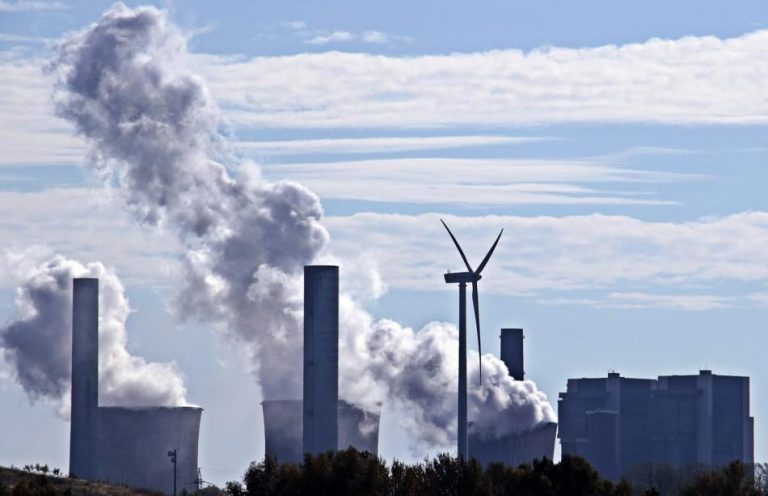 As Western businesses shift their manufacturing operations overseas, the pollution associated with them has ended up being moved as well. (Image: via pixabay / CC0 1.0)

The West seems to have been successful in reducing its carbon footprint over the past few decades. However, a closer look at the numbers shows that the decrease in pollution is largely due to “exporting” it to other countries, thereby undermining efforts to reduce global pollution. This was not a concerted Western effort to destroy the environment in developing countries. It was mostly a free-market movement of demand and supply that has served to lift millions of people out of poverty. But the end result on the climate cannot be denied.

There has been a big shift in the manufacturing sector over the last several years. The cheaper labor costs of the East have resulted in many Western businesses shifting their manufacturing operations to countries like China, Vietnam, Thailand, India, Bangladesh, and so on. Since many of these manufacturing processes are energy-intensive, this shift has caused a drop in carbon emissions on just one end.

The UK cut down domestic carbon emissions by one-third in the period between 1990 and 2015. If one were to add the carbon emissions of the UK’s imported items from countries to where they’ve shifted manufacturing, Britain’s real emission statistics would reveal a very different picture — the country’s carbon footprint actually increased during the period. The same is true for most of the developed Western countries like the U.S.

According to a 2018 report titled The Carbon Loophole In Climate Policy, almost 25 percent of global emissions are outsourced. The report analyzes international trade from the perspective of embodied emissions, referring to the total amount of emissions involved in delivering a product. The U.S. was found to be the top importer of products with embodied emissions, while China was the top exporter.

If such trade continues, global efforts to reduce pollution will remain a failure as developed countries will simply achieve their targets by outsourcing high-pollution manufacturing activities. As such, net overall emissions have to be made a component of pollution control targets.

Interestingly, a second wave of outsourced pollution seems to be taking place. “Just as China’s starting to deal with its emissions, it’s been pushing some of its more carbon-intensive activities into countries like Cambodia, Vietnam, and India… From a climate policy context… it’s like a game of whack-a-mole,” Steven J. Davis, a scientist at the University of California, Irvine, said to The New York Times.

“There was so much particulate matter in Chinese cities that it stunted the ozone production… We haven’t observed this happening anywhere else because no other country has moved this quickly to reduce particulate matter emissions. It took China four years to do what took 30 years in the U.S.,” Daniel Jacob, an atmospheric chemist from Harvard, said to Science Alert.

Chinese officials have also been moving industries classified as “highly polluting” out of Beijing. However, the lack of proper environmental standards in other regions means that these industries end up polluting the air far more than they would have done in the Chinese capital.