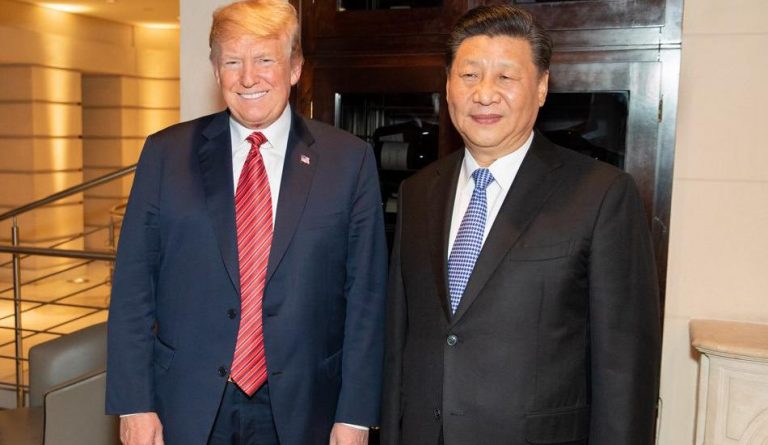 The U.S.-China trade war is causing damage to the people of both countries. (Image: wikimedia / CC0 1.0)

The trade war between the U.S. and China began after the Chinese Communist Party (CCP) started dealing unfairly with Western businesses. The American government under Donald Trump had to eventually take countermeasures to offset the balance. Unfortunately, it is the ordinary folks on both sides who suffer the most from the ongoing conflict.

According to Bank of America Merrill Lynch, the company’s U.S. consumer confidence indicator fell to 50.1 in September, the lowest reading in the indicator’s history. “The consumer appears to be rattled by the latest escalation in the U.S.-China trade war… The drop in confidence appears to be already having an impact on consumer demand,” the bank said in a note (Business Insider).

In August, the University of Michigan’s U.S. consumer sentiment index registered the largest monthly decline since December 2012. If the fall continues, it could translate into lower consumer spending, slowing sales for businesses, and rising unemployment. In fact, a survey conducted by UBS showed that American business owners could stop hiring if the trade war continues unabated. U.S. companies reportedly cut 10,000 jobs in August due to the uncertainties regarding the trade war.

A JP Morgan study estimates that the current tariffs on Chinese goods will force an average U.S. household to shell out an additional US$1,000 every year. Given that the tariffs were raised from 10 to 15 percent on September 1, the expenditure of American households will rise even further.  The IHS Markit flash index, which measures America’s manufacturing conditions, fell below the 50 point mark for the first time since the Great Recession of 2008-2009.

“We have got a great economy… But I do think that the uncertainty caused by volatile tariff situation and this developing trade war could jeopardize that strength and that growth, and that is, I think, that’s a legitimate concern,” Senator Pat Toomey said to ABC News.

Consumer confidence in China has also been low ever since the trade war began. Data from the National Bureau of Statistics shows that retail growth in the country slowed down tremendously to 4 percent. According to eMarketer, Chinese retail growth is now expected to average out at 3.5 percent for the year, far below the 7.5 percent rate it had expected last year. China’s housing market has remained lackluster, car sales have declined, and stock market prices have been muted. All this while the Yuan has been weakening against the U.S. dollar.

Some economists now believe that China’s GDP growth might even fall to around 5 percent next year if the situation continues. “If Beijing can hit consumers’ sweet spot with the right mix of tax cuts, spending incentives, and easy credit, the government has a much better chance of saving GDP growth from sliding towards the 5 percent mark over the next year. China needs a quick-acting Goldilocks solution in which future economic stimulus is neither running too hot nor too cold,” according to the South China Morning Post.

According to Bloomberg Economics, the U.S.-China trade war could shave off 0.6 percent from the global GDP by 2021. Using an economic simulation model from the World Trade Organization, a team of economists predicts world GDP to fall up to 2 percent (US$1.75 trillion) by 2022. The value of exports and real income are expected to decline by 17 and 2.25 percent respectively during the period. To put this into context, the financial crisis of 2009 triggered a 2.1 percent fall in global GDP.