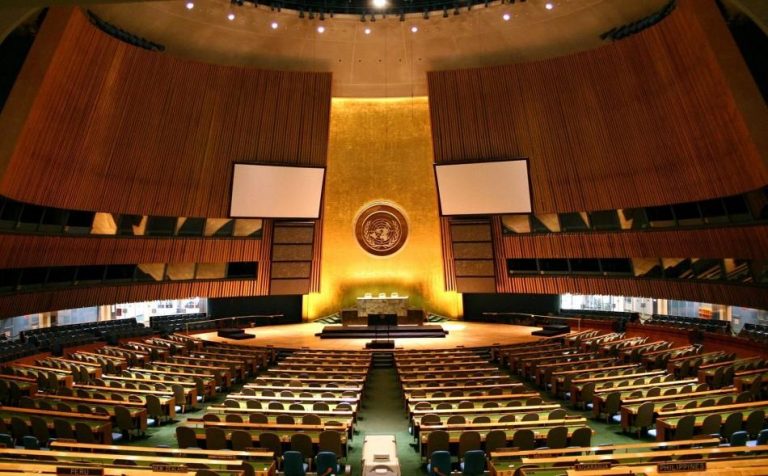 Taiwan has again officially asked to join the International Civil Aviation Organisation (ICAO) so that it can participate in the world aviation body’s 40th assembly-session that opens on September 24. (Image: Patrick Gruban via flickr CC BY-SA 2.0)

Taiwan has again officially asked to join the International Civil Aviation Organisation (ICAO) so that it can participate in the world aviation body’s 40th assembly-session that opens on September 24. The assembly is held once every three years. Taiwan has been applying for participation in the United Nations and its sub-agencies for roughly 30 years now. And almost every time it gets locked out by China.

In July of this year, President Tsai Ing-wen of the Republic of China (Taiwan) had a short stopover in New York. The city has an iconical status when it comes to diversity and freedom, plus it’s the home of the United Nations. This sent out a clear message to Taiwan’s diplomatic allies, many of whom are also UN Council members. The ICAO consists of 193 Member States. Together with a number of other international organizations that are invited to the Assembly, the ICAO establishes the worldwide best practice policies in the realm of aviation.

Why isn’t Taiwan a member of the ICAO?

Taiwan isn’t a member of the body, better known as ICAO, because it left the United Nations in 1971.  Taiwan’s globally influential rival, China, won’t let Taiwan back in. Even though Taiwan is self-ruled, China sees the Island as part of its own territory, claiming it is not a state and therefore not eligible to join UN agencies.

Taiwan’s dilemma with the UN goes back to October 25, 1971, when the United Nations General Assembly voted mainland China (ruled by the Chinese Communist Party) into the UN body and expelled Taiwan (the Republic of China). China had gained enough international back-up to persuade the General Assembly to pass the resolution, which also declared that Communist-ruled China and not the Republic of China (Taiwan) would be recognized as a representative of the whole of China. For many critics, it remains a mystery to this day how the bill relieving the Republic of China was able to legally pass against the backdrop of Article 18 of the UN Charter, which requires a so-called two-thirds supermajority for approval when it comes to important questions.

The principles of inclusiveness and leaving no one behind are key to realizing the SDGs. Taiwan, a full-fledged democracy, has made considerable progress in fulfilling the SDGs and has provided assistance to countries in need. Nevertheless, it continues to be barred from participating in related meetings, mechanisms, and activities due to political interference. However, “development is not sustainable if it is not fair and inclusive.” In recent years, Taiwan has been providing development assistance to and engaging in cooperation programs with partner countries worldwide.

Taiwan officially requested to be able to join the 40th Triennial Assembly and was primarily denied entry by China. Taiwan has been trying to re-enter the UN-body for the past 30 years, having been locked out since being ousted. Mainland China is regarded as the only representative for China, even though many critics disagree pointing out the fact that: “The Republic of China meets all requirements for membership in the United Nations. The Republic of China has a defined territory, a population of 21.8 million (greater than that of two-thirds of the Members of the United Nations), and a Government which has the capacity to fulfill international obligations. It, therefore, meets all prerequisites for statehood.”