Megvii: The Rise of Chinese Facial Recognition and Profiling Tech 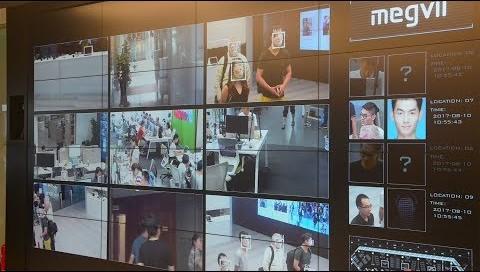 Megvii is an artificial intelligence startup from China popular for providing facial recognition software. Valued at over US$1 billion, the company’s history of supporting the communist government raises concerns of human rights violations not only inside China, but also in other countries.

The rise of Megvii

Founded in 2011 by Yin Qi and two friends from Tsinghua University, Megvii is the shortened name for “mega vision.” In 2015, Ant Financial used the company’s facial recognition software for its “Smile to Pay” application that allowed customers to make payments by smiling at a 3D camera during checkout.

Megvii also provides services to smartphone manufacturers, with Oppo being the most well-known. Several banks in China now use the company’s technology for authentication purposes. Didi, a popular ride-hailing platform in China, also makes use of Megvii for driver authentication.

It is Megvii’s association with the Chinese government that is raising eyebrows. In the Xinjiang region, Beijing is said to be employing Megvii tech to profile and monitor Uyghur minorities.

Though the company denies the fact that its technology is used to oppress people, a report by The New York Times states that employees at Megvii have been warned against publicly discussing the issue of ethnic profiling due to the sensitivity of the subject matter.

“The economy is a relatively free market, but the party and state can potentially completely control any company at any time… Ethical obligations from Chinese companies come with a little bit less weight,” Jeffrey Ding, who studies Chinese AI development at Oxford’s Future of Humanity Institute, said to Wired.

Megvii is expanding its reach into the overseas market, offering the same surveillance technology that it provides Beijing. In the January-June period of 2018, the company saw a 4.9 percent increase in revenues from outside China compared to just 2.7 percent in 2018.

In addition to Megvii, other Chinese facial recognition companies are also tasting success overseas. These include Yitu and CloudWalk, both of which are said to be involved in the digital surveillance network that China uses to keep Uyghurs in check.

In the ongoing protests in Hong Kong, the issue of facial recognition has been a concern for demonstrators. The protesters are worried that some of the lampposts in the city are equipped with hi-tech cameras and facial recognition technologies that might lead to the identification and harassment of the participants by the local government.

During a protest, the demonstrators downed a lamppost due to such fears. “Hong Kong people’s private information is already being extradited to China. We have to be very concerned,” an organizer of the protest said to Japan Times.

The protesters are using laser beams to protect themselves against police cameras. The beam is directed at the camera and has the potential of damaging the device chips. Even if there is no damage, the laser beam obstructs the view, thereby protecting identities. Some of the demonstrators also use umbrellas to shield themselves from potential cameras.