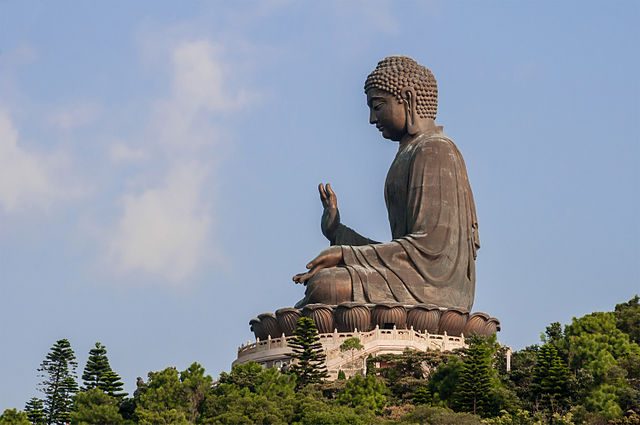 Can Hongkongers call upon a sincere belief in the heavens? (Image: via Wikimedia Commons)

During World War II, U.S. General George Patton faced unimaginable challenges and the heroic story of his faith has inspired many. On December 8, 1944, Patton was leading the Third Army in France with a mission to rescue the 101st Airborne Division, which was surrounded by German soldiers. The area was covered in fog, with continuous rain and snow everywhere. The army was at a standstill. At this critical moment, General Patton prayed for help from God. He had 250,000 copies of prayers printed for the soldiers; they were to pray for four days of good weather. Here’s that legendary prayer:

Almighty and most merciful Father, we humbly beseech Thee, of Thy great goodness, to restrain these immoderate rains with which we have had to contend. Grant us fair weather for Battle. Graciously hearken to us as soldiers who call upon Thee that, armed with Thy power, we may advance from victory to victory, and crush the oppression and wickedness of our enemies and establish Thy justice among men and nations.

General George Patton’s prayer was answered with a miracle

After this, a miracle took place. The sun came out the next day and the sky was clear for four days. This allowed Patton’s army to successfully rescue the 101st Airborne Division. Through his belief in God, Patton was able to make an impossible mission possible. After the war, Patton said that it was help from God that allowed him to complete the mission and all the glory for the success of the mission belonged to God.

Even the bravest of men can encounter seemingly overwhelming difficulties that make one feel very limited. Perhaps even justice is in the hands of God.

Hong Kong’s Lantau Island has become well-known for its huge Buddha statue that sits atop a lotus flower, meant to safeguard those who hold a sincere belief. Can Hongkongers call upon a sincere belief in the heavens? In ancient times, people revered the heavens and the presence of the divine has been shown to believers across the ages, time and time again. Perhaps if the people of Hong Kong could pray for blessings from above, they would also experience a miracle, just like General Patton.