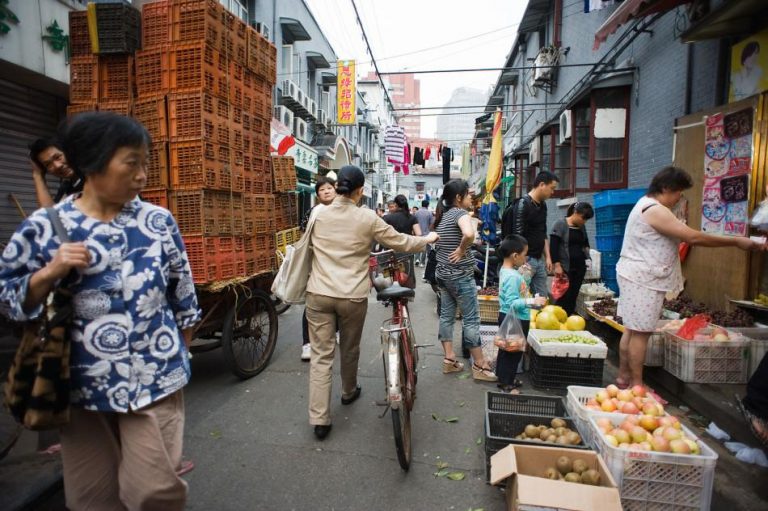 The Chinese Communist Party’s (CCP) long-term economic goal for the country has been to double its GDP in the 2010-2020 decade. This is seen as necessary to make China a “modestly prosperous” country. However, Beijing’s trade war with Washington is apparently spoiling the Party’s expectations, as many analysts predict slower GDP growth for China in 2019 and 2020, which will negatively impact the Chinese economy.

Chang Shu, the Chief Asia Economist for Bloomberg, calculates China’s GDP for 2019 and 2020 to be 6.0 and 5.6 percent. The uncertainties regarding the trade war are predicted to play a big role in dampening business confidence. Helen Qiao, Chief Greater China Economist of Bank of America, trimmed China’s GDP forecast for next year from 6.o to 5.7 percent. She believes that policymakers in China are falling behind in supporting the economy.

UBS Chief China Economist Wang Tao now sees the country’s GDP growth in 2020 to be even lower at 5.5 percent, down from the 6.1 percent growth she had predicted in early August. Wang expects policymakers to introduce more monetary easing, but feels that officials won’t boost property markets unless a significant economic decline occurs. Louis Kuijs, the Chief Asia Economist at Oxford Economics in Hong Kong, sees GDP growth slowing down to 5.7 percent in the last quarter of 2019 and expects it to remain at that pace for most of 2020.

Official Data from China showed that GDP growth for the quarter ending June 2019 had fallen to just 6.2 percent, the lowest rate since 1992. National Bureau of Statistics has warned that the Chinese economy is in a “grave situation” and that external uncertainties are on the rise.

One of the main reasons for China’s GDP growth decline has been a fall in exports. The internal domestic demand was already weak. Combined with a reduction in exports, GDP growth could only decline. “China’s exports fell 1.3 percent year-on-year for the first half in dollar terms, while imports dropped 7.3 percent. The country recorded a sharper decline in exports to the United States, which decreased by 8.1 percent for the first six months of 2019. Imports from the United States plunged 30 percent year on year,” according to CNN.

Auto sales in China have been falling all of 2019 after contracting for the first time in several decades last year. Chinese customers are unwilling to shell out money for buying a car as they are wary of the economic situation in the country. Apple’s sales in the Greater China region tumbled 21.5 percent in Q2, 2019 compared to the same period last year.

While China has been suffering from its trade conflict with America, Vietnam seems to be benefiting generously from it. Investment in the country, specifically in labor-intensive industries, has been booming since 2018.

“The trade war is speeding up a trend that was already well underway, namely to move factories out of [more expensive] China… It is hard to say how many of the new factories would have to come to Vietnam without a trade war,” Adam McCarty, Chief Economist at Mekong Economics in Hanoi, said to the South China Morning Post.

According to the government’s April data, newly registered investments in Vietnam have risen 81 percent. There has been a 215 percent rise in capital contributions, which are used in funding new facilities. Exports to the U.S. have increased by 28.8 percent compared to last year. In 2018, Vietnam’s economy grew 7 percent thanks to the increased investments and exports. This was the fastest annual GDP growth for the country in over a decade.