Civilizing Music: A Song Can Change a Life 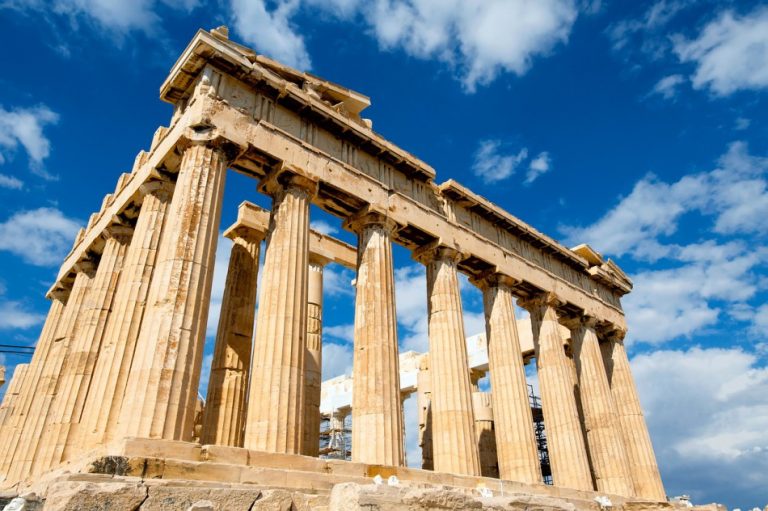 Music is said to make invisible realms visible. For humanity, even with the most advanced scientific equipment, we still cannot perceive the order of life and the cosmos. Maybe a musical instrument would take us to a more complete understanding of life than a microscope ever could.

Music can play a very dramatic role in shaping your worldview and in creating the narrative and image you use to define yourself, your culture, and your very existence. Around 500 B.C., the ancient Greeks delineated and understood the medium of music as a means to harmonize humanity and civilization with the characteristics of the cosmos that would lead us toward spiritual fulfillment.

In the book Listening and Voice: Phenomenologies of Sound, by Don Idhe, he details the qualities of the auditory dimension and its effects on us: “Phenomenologically I do not merely hear with my ears, I hear with my whole body. My ears are at best the focal organs of hearing.”

The ancient Greek understanding of humanity, our purpose in the world, and of our abilities and faculties of perception, were radically different than our understanding of it today. The Greek word for “to hear” (akouein) means “to obey.” Our modern, empirical concept of hearing is purely auditory in its meaning, but for the ancient Greeks, to hear was “to understand.” They tried to listen to the world and harmonize their music to the cosmic order in order to align themselves with it. With all of their faculties of perception, they were meant to glean the intent of the Creator and obey it.

Everything in existence had a design that conveyed a message of the will of the Creator, as the ancient Greeks understood it. Truth, goodness, and beauty were thought to be the fundamental characteristics of existence. Within life, there is an equilibrium of good and evil, of right and wrong behavior. Mankind was to strive toward what was true, good, and beautiful as it was determined and made by the Creator.

In short, what is true gives us a glimpse of the universe’s nature removed from our deluded state as human beings. Beauty is defined as a means to guide and take us to what is true and good. Goodness is the wisdom of the Creator. Within humanity, goodness exists within traditional, orthodox culture and wisdom.

In the Western world, these values had been held and adopted by Christianity and within society at large up until the 19th century during the Enlightenment. Thereafter, the world began to be defined by scientific rationalism and moral relativism led by intellectuals in the Salons of Germany and France looking for novel ideas that eventually became our widespread modern dogma. Belief in traditional values eroded as a result of the intellectuals, who concocted and espoused Marxist ideals that promoted atheism and liberation from traditions.

Society began to place more value on the temporal and material. The height of existence for mankind then became worldly goals and desires. The bridge toward eternal wisdom had been demolished with these new ways of viewing the world.

In the realm of music, this shift in thinking has led to a dramatic difference in the types of music that are sung and celebrated. Music now flaunts drug use, violence, materialism, and every hedonistic desire imaginable, moving us further away from truth, beauty, and goodness. According to the ancient Greeks, moving away from the characteristics of the cosmos shifts us closer toward cultural deterioration and destruction.

Changing what music is celebrated, according to the ancients, would lift our senses and perceptions back toward harmony with the cosmos and life itself. Studies have corroborated that wisdom.

A Texas school did an experiment to test the behavior of students. They broadcast Bach and Mozart in between classes. Not surprisingly, instances of aggressive and bullying behavior dropped sharply. In 2005, authorities in London tapped into the melodies of Schubert’s Serenades to pacify its subways. Reports of crime in those areas dropped 33 percent. Classical music in these cases simply played the role in defining the space as one that is supposed to be calm and orderly.

In a study published by Peer J to examine the biological effects music has on the human body, participants listened to Mozart’s Violin Concerto No. 3 in G Major K.216. The Concerto had been shown to lead to an increase in up-regulated genes. Up-regulated genes, according to the study, “… are known to be associated with dopamine signaling, synaptic neurotransmission, synaptic function, learning, memory, and cognitive performance.”

If a person shapes their identity around classical and traditional music, their character will no doubt benefit. If we define ourselves with the lofty airs of Corelli or the soft strums of a folk guitar, it builds a foundation for our character based on its melodious, calm, and principled nature. Our self-efficacy and sense of self-worth and self-respect improve in a constructive manner that benefits all of society. To redeem and enrich the senses, as Dr. Stephen Turley put it in his book Beauty Matters, speaking in terms of the classical understanding of the world, “… involves a re-directing or retraining of the senses away from the carnal and the sensual toward the eternally True, Good, and Beautiful.”

Traditional and upright music can calm a person, reshape one’s self-image, and alter how we perceive the world. Beautiful music can redefine the space it is played in. If this type of music is celebrated at a national level, a country will then be uplifted. The cities and streets will become calmer and be brought closer to true beauty. Society would change within a day.