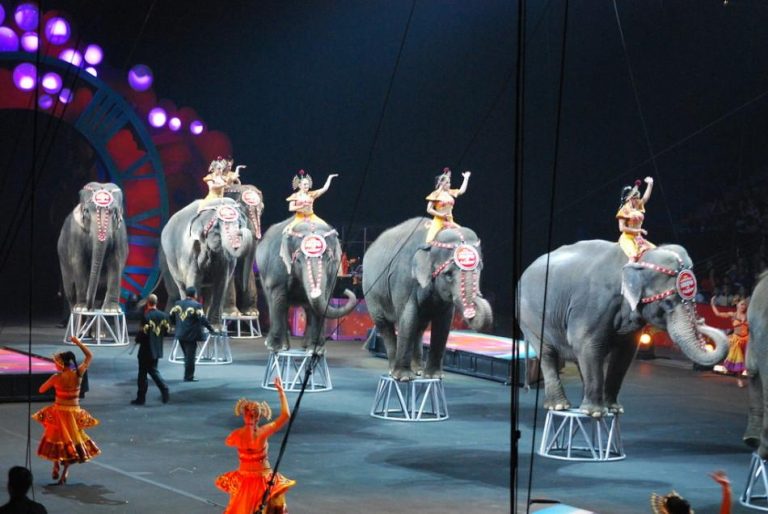 The Danish government recently bought the last four circus elephants in the country by shelling out approximately US$1.6 million. (Image: Laura LaRose via Flickr)

The Danish government recently bought the last four circus elephants in the country by shelling out approximately US$1.6 million. And netizens are appreciating the reason behind the purchase — to allow the elephants to live peacefully in retirement.

The former circus elephants are named Jenny, Lara, Ramboline, and Djunga. They were bought from two different circuses. For the timebeing, the creatures will be under the care of Animal Protection Denmark until a permanent home can be found for them.

“We have come up with a really sensible solution so that the elephants can get better… Wild animals do not belong to either a stable or a riding school, and when the [Danish Parliament] opens, I will propose a new animal welfare law, so that we finally get wild animals banned from the circus,” Mogens Jensen, Food and Fisheries Minister, said in a statement (MNN).

The ministry is apparently accepting applications for an elephant retirement home from zoos or other similar animal facilities. Submissions are being accepted until September 30, with the government stating that the elephants will not be handed over to individuals. Benny Berdino, director of one of the circuses from where the elephants were acquired, expressed his happiness that the creatures can now get a “well-earned rest.”

Denmark’s proposed law seeking to ban the use of wild animals in circus performances is expected to be passed sometime later this year. In May, the government of the UK passed such a law. In the U.S., Hawaii and New Jersey have issued legislation against the use of circus animals. Around 145 American localities have already passed legislation that restricts animal performances in some way.

In August, a CITES (Convention on International Trade in Endangered Species of Wild Fauna and Flora) summit voted on a proposed ban that forbids the taking of wild baby elephants for the purpose of selling them to zoos. Eighty-seven members voted in favor of the ban while 29 voted against it. CITES is an international agreement between several nations that seeks to ensure that the worldwide trade in animals and plants does not end up threatening the survival of humanity.

Before the law was passed, there was speculation that the EU would vote against it, as the organization was worried that the legislation might harm the genetic diversity of elephants already existing in zoos worldwide. However, talks between the EU and the UK’s Department for Environment, Food & Rural Affairs (DEFRA) eventually ensured that the organization voted in support of the ban.

“Like many others I was appalled that the EU had intended to vote against a motion protecting baby elephants from being torn from the wild and shipped off to zoos and circuses… I’m absolutely delighted they changed their position and I am proud that our own DEFRA team, in particular Cheryl Case, were responsible for persuading them. They worked around the clock for many days and they more than delivered for nature and the UK,”  Zac Goldsmith, a minister at DEFRA, said to The Telegraph.

Zimbabwe, the main exporter of baby elephants, voted against the ban. The country’s president, Emmerson Mnangagwa, stated that he was considering pulling Zimbabwe out of the conservation body and accused the Europeans of setting rules for Africans.