Are We Living in a ‘Many Worlds Universe’? 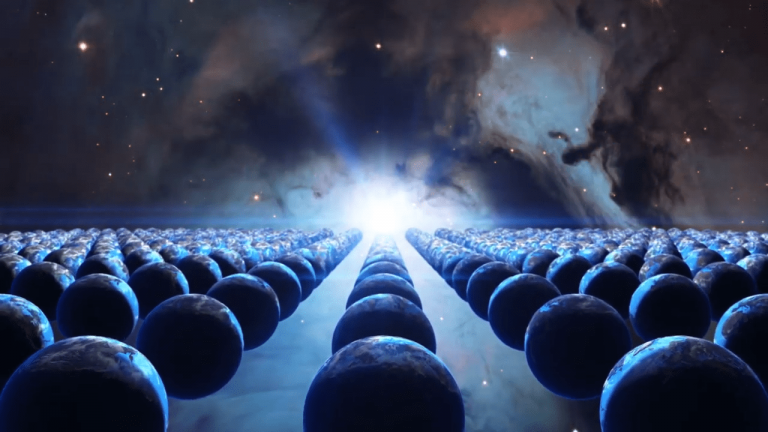 The key to understanding the universe could lie in a theory known as the ‘Many Worlds’ hypothesis. (Image: Screenshot / YouTube)

Sean Carroll is a physicist at the California Institute of Technology who believes that the key to understanding the universe could lie in a theory known as the “Many Worlds universe” hypothesis.

The idea of “Many Worlds” was first proposed by physicist Hugh Everett about five decades ago. It basically presents the universe as a changing set of numbers called the wave function that keeps on evolving according to a single equation. The universe keeps splitting into new branches every nanosecond without communicating or intersecting with one another. Reality, according to this theory, is described by a single quantum mechanical wave function.

For instance, a person would see a tree or rock in real life. However, neither the rock nor the tree exists, according to the theory. Instead, what exists is only the wave function. “Our classical description of the world is a higher level, approximate way of talking about the wave function. The job of physicists and philosophers is to show how, if we live in a world that is just a wave function, then why does it look like there are people and planets and tables and chairs? We don’t have a definite consensus,” Carroll said to Wired.

Many Worlds also puts forward the idea of several versions of a single person. Making sense of multiple versions of ourselves can be difficult. After all, the question that will likely pop up is whether these other people are really us. The universe will look roughly the same even if we were to travel billions of light-years to a new place. Carroll believes that this is sufficient proof that infinite copies of us exist out there. However, he thinks that we should continue behaving in our world as usual, exactly as if the other worlds never existed.

As to where these universes are located, Carroll posits that these things don’t have a location. To clarify this concept, he gives the example of our own universe. If we search to find the location of our universe, we’ll likely fail since the universe is not something with a fixed location. It simply exists. In the same manner, Many Worlds exist simultaneously with our world.

Scientists from the Oak Ridge National Laboratory in eastern Tennessee are currently planning to test equipment that they believe could give a glimpse into a parallel universe. This “mirror” world is theorized to possibly be identical to our own, with mirror planets, mirror particles, and even mirror life.

In the 1990s, a group of scientists carried out two experiments to measure the time required for neutrons to break into protons once removed from the nucleus of an atom. The two experiments showed neutrons breaking down at different rates, going against expectations.

“In one, the free neutrons were captured by magnetic fields and herded into laboratory bottle traps, and in the other, they were detected by the subsequent appearance of proton particles from a nuclear reactor stream. Those particles fired out in the stream from the nuclear reactor lived on average for 14 minutes and 48 seconds — nine seconds longer than those from the bottle traps,” according to Independent.

Physicists believe that the mirror world theory could explain several such mysteries that have perplexed scientists for decades. A good example would be the high-energy cosmic rays that come from beyond our galaxy. They are usually considered to be too powerful to only travel through the observable universe. If a mirror universe exists, the rays could be oscillating between the two realms.