Taking Over South China Sea, One Drone at a Time 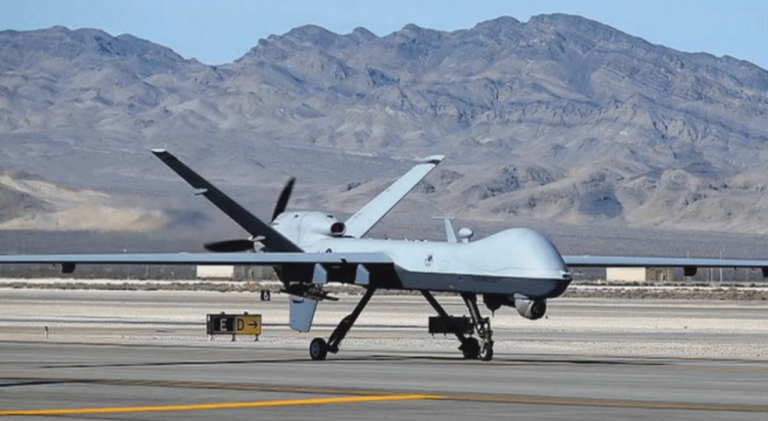 The Chinese military is deploying a vast surveillance network over the South China Sea using drones. Drone tech has increased Beijing’s ability to collect intelligence from even the hardest-to-reach regions, according to a report by the Ministry of Natural Resources (MNS).

Drones in the surveillance system offer high-definition images and videos to China’s intelligence network. Since they fly below the clouds, the drones offer much better coverage than that obtained by China’s satellite surveillance. Communication vans receive signals from drones in places where there is no land-based communication station. Vans can upload the data into the country’s satellite network, which can then be accessed by MNS headquarters in Guangdong.

“The system has been used in maritime administration including to inspect waters for suspicious signs, investigate historical problem sites, and monitor the sea and islands in real time… It will play a significant role in cases of disaster observation and emergency response, such as oil spill accidents or red tide algal outbreaks,” MNS stated (Asia Times).

Drones are the newest tools in Beijing’s increasing militarization of the South China Sea. China has already set up military outposts on seven artificial islands in the region. Several environmental monitoring stations, weather radar stations, and maritime observation centers have also been established, which gives the Chinese military a huge information advantage over other nations.

China has also developed a supersonic version of its spy drone, called the DR-8. In the event of a conflict in the South China Sea, the supersonic drone is expected to play a key role in enabling China to implement a range of actions. The drones are believed to be able to reach faraway regions like Guam in the Western Pacific. The People’s Liberation Army has apparently been using drones for some time. Interestingly, the DR-8 resembles a U.S. supersonic UAV called the D-21 that the United States retired four decades back.

“The DR-8 reconnaissance drone has a role in assessing the strike impact of China’s ‘aircraft carrier killer’, the DF-21D anti-ship ballistic missile, and the DF-26 ballistic missile… the DR-8 could travel faster than the D-21 — whose maximum speed is Mach 3.3 — letting it penetrate the enemy’s air defences and return intact with intelligence,” according to South China Morning Post.

Beijing recently launched its new transport ship, the Sansha No. 2, which is capable of covering the entire South China Sea and can transfer supplies to islands in the region. The ship passed several tests in August before being approved for deployment. “It has a displacement of over 8,000 metric tons and will help civilian and military work… The transport ship can go 6,000 kilometers without refueling and carry up to 400 people,” according to VOA News.

Sansha No. 2 is expected to take equipment to the Paracel Islands, a place that both China and Vietnam claim as their own. It might also be tasked with taking supplies to the Spratly Islands, where China has built the necessary infrastructure to support military airplanes. Last year, Beijing flew bomber planes in the area.

The company that constructed the ship is working on an improved third transport ship. According to the United States Department of Defense, China is planning to deploy floating nuclear power stations in the South China Sea by next year.