A Bite of the Most Expensive Cheese in the World 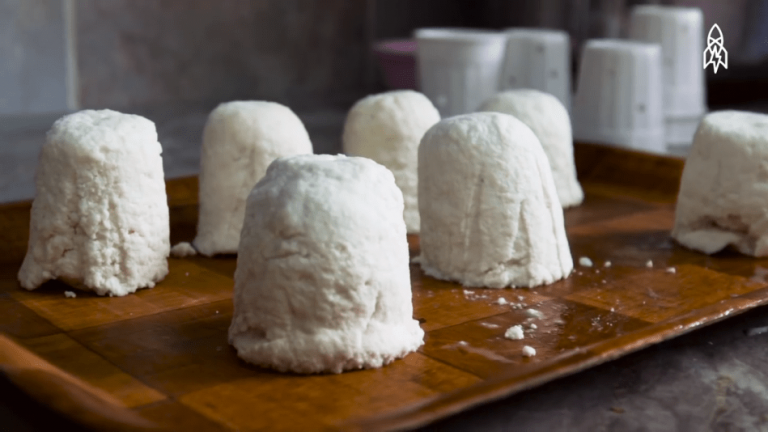 Donkey’s milk is used to make pule, the most expensive cheese in the world. (Image: Screenshot / YouTube)

Imagine spending around US$1,097 to buy cheese. This is not a joke. A thousand bucks is just what you have to spend to buy one kilo of pule, considered to be the most expensive cheese in the world.

The reason why pule is so pricey is because it is made from the milk of Balkan Donkeys found only in Serbia and Montenegro. To start with, donkeys produce only about a liter of milk per day as compared to cows that can produce up to 40 liters. Plus, it takes about 25 liters of donkey milk to produce one kilo of cheese. Both these factors contribute to making pule an expensive delight.

The donkey cheese is produced by a single farm in Zasavica, 50 miles west of Belgrade. The owner of the farm, Slobodan Simic, started with just 12 donkeys 16 years ago. Today, his farm is home to 300 donkeys. Female donkeys are milked three times a day. In addition to cheese, the farm also produces donkey milk soap and liquor. In terms of taste, it is said to be quite similar to manchego cheese from Spain.

Though Simic claims that donkey milk can help in the treatment of bronchitis and asthma, there are no scientific studies to support this statement. However, the milk is known to have high levels of calcium, protein, and omega 3 fatty acids, which do have a positive impact on cardiovascular health. Donkey milk has almost 60 times as much Vitamin C when compared to milk from common cows. The milk also has strong anti-allergen properties.

Donkey milk has low levels of casein, a protein necessary for making cheese. As such, how Simic is able to create cheese from donkey milk is a mystery. It is suspected that milk from goats may be mixed with the donkey milk in order to produce pule. Simic sells about 6 to 15 kilograms of pule every year, largely to tourists.

Revenues from selling pule help Simic protect the native Balkan donkey, the population of which has significantly fallen since machines were introduced into agriculture. “We are maintaining the need for this animal and now there are more and more donkey farms, the demand for donkeys is higher… which is a very good thing for us and the region,” he said to Metro.

Wyke Farms Cheddar costs around US$200 per pound. The cheese is infused with French truffles at the time of production. “It has been produced by the Wyke family farm in Great Britain since the 1860s, and is described as tangy, full-flavoured, taking 12 months to reach its peak. Despite the price tag, it’s Wyke’s most popular cheese,” according to Forbes. This is the most expensive cheddar cheese in the world.

Moose cheese costs around US$455 per pound. As the name suggests, it is created from moose milk and is produced in Sweden. Since the animals can only be milked between May and September, only a small quantity of the cheese can be produced every year. It contains about 12 percent protein and a similar amount of fat.

White Stilton Gold is a cheese produced by Long Clawson Dairy from Leicestershire, England. The owners apparently use real gold flecks during the production of the cheese, which is one of the reasons it costs about US$400-$450 per pound.