Watch and Learn: Japanese and Their Cleanliness 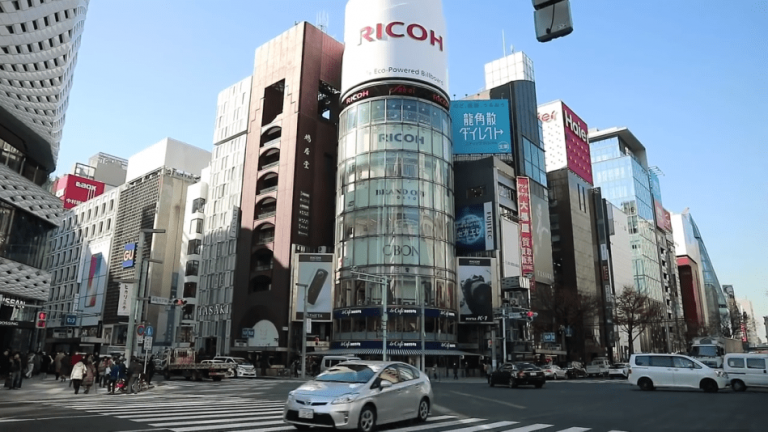 The public carries the notion that the garbage they create is their own to carry back home and dispose of. (Image: Screenshot via YouTube)

In the eastern Japanese city of Hamamatsu, a subway got flooded recently. Internet users gazed in disbelief at the water, but not for the usual reason. It was because the water was unusually clean. We all know that cleanliness is an important Japanese trait. But to see a subway flooded with crystal clear water shows how highly the Japanese regard this essential human quality.

Subways are situated right in the bowels of jam-packed cities. Imagine if a subway flooded in one of the Chinese or Indian cities, or even in the developed regions of the U.S. or Europe. The water would be filled with trash, and the stench would be unbearable. Netizen chat ranged from comparing their cities’ cleanliness to claims of images being photoshopped, along with scientific analysis on why Japan is so clean.

An Indian goes to Japan

A Quoran recently recounted a story of an Indian who visited Japan. During the trip, he went to a restaurant where he found three garbage bags along with a small basket. He wanted to dispose of an empty soda bottle and decided to chunk it into one of the garbage bags. But as soon as he did it, an elderly Japanese came up and took the bottle out.

“They drop wrapper of the bottle into one garbage bag, the lid into another and the bottle into yet another. Finally the washer and the ball of the bottle [went] into the small basket.” From the story, we understand that the Japanese are meticulous in their garbage disposal methods. And they take it upon themselves to maintain their high standards.

According to Japan Today, many reasons are given as to why the nation is clean. “In Japan there is definitely a prevailing idea that clean is good.” There are fewer public trash cans compared to other countries like the U.S. The public carries the notion that the garbage they create is their own to carry back home and dispose of. Personal responsibility is the key factor here, not leaning on the government to take care of the issue.

Japanese people like to keep their surroundings clean. Not just their immediate table or office, but the external sidewalks of their office buildings and homes. While people in other countries complain about the public department’s inefficiencies resulting in their streets accumulating garbage, most Japanese, blue or white collar, get up and sweep the dirt out of their neighborhood.

There are non-profits like Greenbird that invite people to invest time to clean up their cities. It’s always easier to throw waste into an already dirty corner. But people hesitate to do that in a clean and well-kept area. Greenbird’s website states: “Once you declare that you won’t throw litter or cigarettes on the street, you are a member of Green Bird.”

The roads of Japan are also well-known because of the ultra-clean vehicles that drive on them. Drivers wash their vehicles every day, taxi drivers clean their taxis as they wait for customers, and even those in the construction business are into the habit. The cement is brushed off, and the chrome is polished; the drivers take pride in their vehicles and the way they carry themselves.

And everyone knows what happened in the last soccer World Cup, right? The Japanese fans cleaned up the stadium after each game Japan played.

To be clean is an attitude and an intentional effort. The irony of cleanliness is that everyone loves a clean place, but not many will take the effort to make it clean. Cleanliness begins with valuing oneself, others, and the environment where we live. Failure in anyone will result in unkempt surroundings. Remember, dirt always starts out little. Then, it grows and accumulates until you have no option other than to spend the whole day cleaning. Or else, do as the Japanese do. Clean your bit up every day.