The Infinite Universe of Divine Proportions 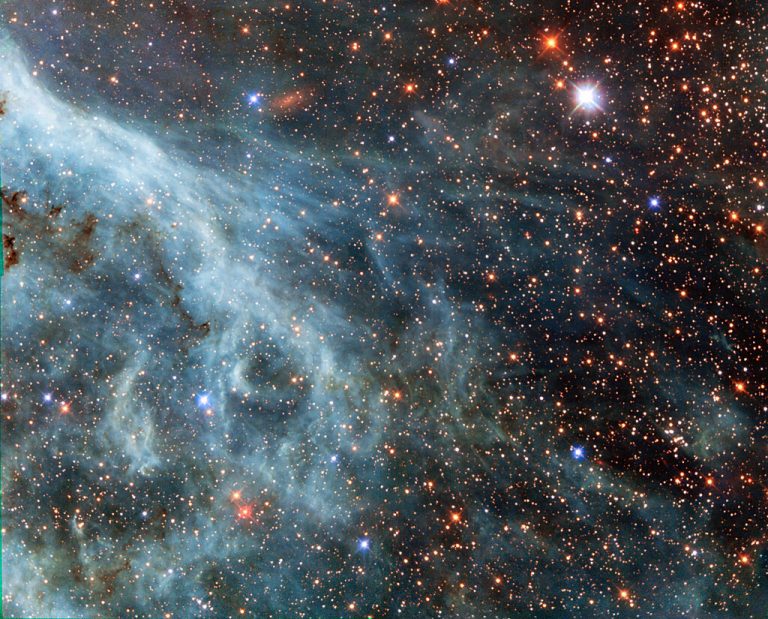 The brightly glowing plumes seen in this image are reminiscent of an underwater scene, with turquoise-tinted currents and nebulous strands reaching out into the surroundings. (Image: ESA / Hubble, NASA, Josh Barrington)

Just like artists of the 20th century who studied mathematical patterns in the natural world, astronomers and physicists have recently been debating how fast the infinite universe is expanding, and geometry has come into the picture.

When Albert Einstein was solving problems about cosmology and applied his new ideas of general relativity to the larger universe in 1917, he surprisingly predicted that the universe had to be in dynamic motion.

In 1998, they unveiled their “crazy result” that cosmologists still find unnerving today. Their diagram that plotted distance to a redshift of supernovae predicted the total sum of universal mass to be negative — meaning the universe is constantly expanding away from us at an accelerated rate (with the exception of the Milky Way) — revealing a hyperbolic geometry-curvature that opens outwards into infinity.

The golden ratio (Phi) used by many Renaissance artists also continues on seemingly into infinity (it is an irrational number 1.61803…) and recurs everywhere in nature — so much so, that it has been called the magical structure of the universe.

Leonardo Da Vinci called it the “divine proportion” and used it extensively in his works, such as The Last Supper, to achieve balance and beauty; the ratio was believed to be most pleasing to the eye.

From Phi, you can produce “golden rectangles” that can then be nested together infinitely to form the logarithmic spiral and its ubiquity is astonishing — you can find the spiral in nature from microscopic unicellular organisms to enormous spiral galaxies containing hundreds of billions of stars.

Many Renaissance artists believed that divine inspiration could open up infinite possibilities. They began by observing the natural universe around them — it can be a humbling and enlightening experience.