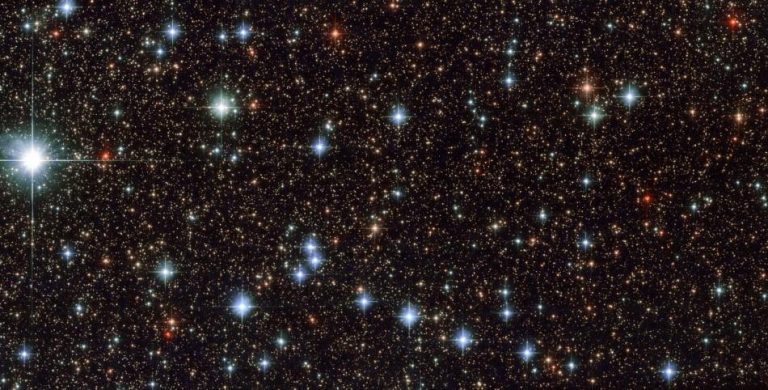 Stars in the sky. (Image: NASA)

When people see images taken by the Apollo astronauts who landed on the Moon, they are often shocked by how bland space looks. The images show no stars. This gave rise to the belief that we could not see any stars in outer space. However, this is just a myth. In fact, we can actually see and take much better images of stars from space rather than on-planet. After all, this is the very reason why we send telescopes into space. So why do the Apollo images or a few other photos from space fail to show stars? It all has to do with camera settings.

Stars are objects located very far away and are therefore dimmer when compared to the objects present in the foreground of the images captured in outer space. “To take good pictures in space you need to have the high shutter speed and very short exposure, which means our planet and satellite are clearly visible but the stars often can’t be seen,” according to IFL Science. Exposure basically refers to the amount of light allowed to enter the camera lens.

When Apollo astronauts were on the Moon, their cameras’ exposures were set to take images of the sunlit lunar surface. The exposure settings allowed for the crew to photograph the Moon, space suits, and the shiny spacecraft. However, the settings also meant that the faraway stars could not be captured due to their dim light. This is the only reason why images from the trip never show stars in the background. The astronauts themselves have stated that they saw the sky “awash with stars” when exploring the Moon.

To capture images of stars, the exposure needs to be at a very low setting. However, this also means that all foreground objects will become overexposed. When scientists send cameras into space, they design the settings in a way that the cameras capture images according to the project.

NASA’s New Horizons space probe, launched in 2006, was equipped with a LORRI camera that could shoot images with exposures between 1 millisecond and 30 seconds. When the probe was flying past Jupiter, the camera used the shortest exposure setting to take images of the planet. However, to take pictures of faraway objects like the Kuiper belt, the camera used the longest exposures.

NASA has taken some great images of stars over the past year. Two standouts have been the Gaia 17bpi and NGC 5307. Gaia 17bpi is a young star in the midst of its growth phase. “The youngster belongs to a class of stars that gain mass when matter swirling around the star falls onto its surface. The in-falling matter causes the star to appear about 100 times brighter,” according to NASA. The finding is expected to help scientists in solving the mystery about the evolution of young stars.

Unlike the Gaia 17bpi, the NGC 5307 is a planetary nebula, which refers to the final stage of a sun-like star. In this stage, stars transform into a red giant where nuclear fusion processes try to rip it apart. The only thing stopping such an event from happening is the “gravitational” force. NGC 5307 basically shows the future of our solar system.