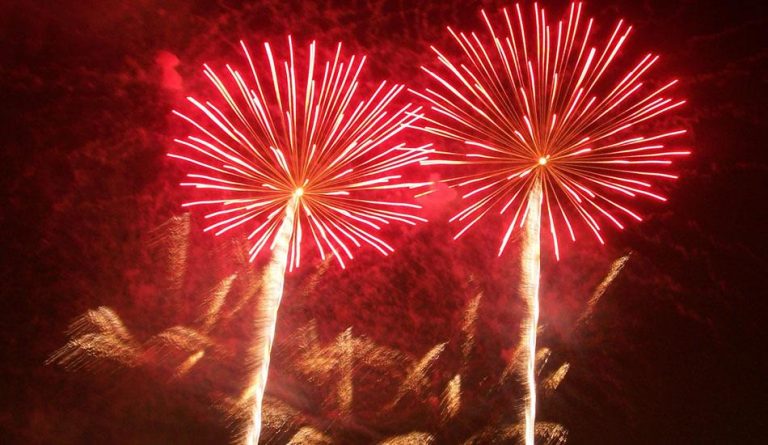 October 1 is the 70th anniversary of the founding of the People’s Republic of China. Though the Chinese Communist Party (CCP) wants a grand country-wide celebration to mark the occasion, ongoing protests in Hong Kong threaten to disrupt their plans.

October 1 is for the CCP like December 25 is for Christians. To Beijing, October 1 is the day when “Chinese identity,” the one characterized by communism, was created. As such, the Party wants to project unity and strength during the annual celebrations.

To have Hong Kong protests overshadow the celebrations would be a big blot on the idea of a “united China” that President Xi Jinping will be preaching in his speech. Chinese state media is publishing propaganda against the demonstrators, portraying them as a dangerous threat to China’s unity. State-run Xinhua published an editorial that warned “the end is coming” for Hongkongers who were “antagonizing” China.

“Behind the violence and chaos in Hong Kong is an elaborate scheme of the rioters and their patrons whose real intent is clearly exposed now… They tried to stir up unrest in Hong Kong and compromise the one country, two systems principle before spreading the ‘color revolution’ into the Chinese mainland,” the article stated (News.Com.au).

It is rumored that China might start using large-scale military violence against protestors post-October 1. However, the city’s administration has stated that no such deadline exists. Chief Executive Carrie Lam was caught in an audio recording saying that Hong Kong will celebrate the anniversary in a muted manner. The government has reportedly canceled the National Day fireworks.

“In view of the latest situation and having regard to public safety, the National Day Fireworks Display originally scheduled to take place at Victoria Harbour in the evening of October 1 (Tuesday) will be canceled,” the Leisure and Cultural Services Department wrote in a statement (Hong Kong Free Press). The last time Hong Kong canceled fireworks was in 2014 when the massive “Occupy” protests rocked the city.

Tensions about what might happen on October 1 and beyond have had a dampening effect on Hong Kong businesses. Sectors like aviation, real estate, and retail have seen a marked decline in revenues. Fitch, one of the biggest credit rating agencies in the world, downgraded Hong Kong’s sovereign rating. Tourism is suffering, as there has been a sharp fall in visitors from China ever since the demonstrations began. The government recently lowered its 2019 GDP forecast from 2-3 percent to 0-1 percent.

According to David Roche, president of the research and investment consulting firm Independent Strategy, the protests will be “settled or crushed” before October 1. “I don’t accept this will be a small-scale problem in a larger China economy. The reason I don’t is that I believe any intervention (from Beijing) to Hong Kong will be immediately, umbilically, linked to what happens to trade talks and international relations globally… Beijing has to weigh in on two things: the political and economic cause,” he said to CNBC.

The U.S. has been putting pressure on Beijing to honor the freedoms of Hongkongers. However, the Chinese government has not taken to America’s position kindly and has accused the U.S. of triggering the protests. Roche believes that if trade talks get increasingly intertwined with the politics regarding Hong Kong, investors’ biggest fears will come true — the trade war will get worse.