Every Protester Has a Story, Every Face Is Unforgettable (Part 1) 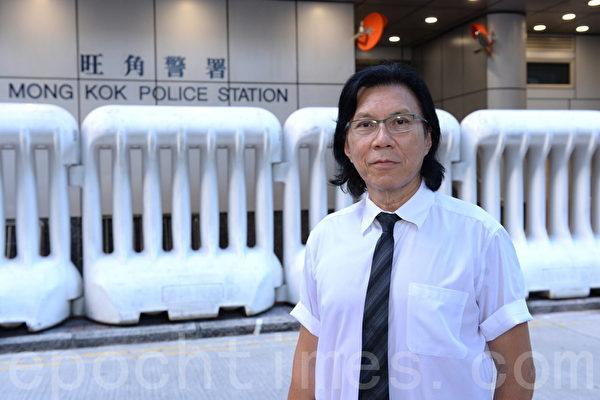 As one of Hong Kong's 10,000 lawyers, Huang Guotong stepped forward to join the volunteer legal group and provided free legal aid to those arrested or beaten. (Source: The Epoch Times)

Huang Guotong, one of the teams of volunteer lawyers providing pro bono legal services, has been working over the past three months to assist a large number of the protestors who have been arrested. He said: “Every protester has a story, every face is unforgettable.”

In the summer of 2019, young people in Hong Kong did not enjoy a relaxing summer vacation, but instead took to the streets to speak up for freedom, democracy, and the rule of law. The protestors are from all walks of life and many of them are youngsters or university students. Two million people came to the street and peacefully demonstrated their courage and demands for freedom.

From the start of the protests, Hong Kong observers have been concerned at the tough stance of the government toward the protestors and how the police force has abused its power indiscriminately. They are concerned about the welfare of the students arrested, who now need to fight for personal and civil justice.

With ongoing arrests of large numbers of protestors,  the 90 volunteer members of the pro bono lawyer’s group have been helping the Hong Kong people reaffirm their legal rights, maintain a clear and calm judgment from a legal perspective, and strive to maintain the bottom line of the rule of law in Hong Kong.

As one of Hong Kong’s 10,000 lawyers, Huang Guotong stepped forward to join the volunteer legal group and provided free legal aid to those arrested or beaten. After contacting one of those arrested, Huang Guotong saw that everyone was sent to a remote location. The lawyers were the first people they could trust.

Huang Guotong reminisced that typically when meeting the young student at the interview for the first time in a detention center, they would appear brave, but sat there in silence. Eventually on asking again: “Are you afraid?” The whispered reply came: “I am afraid.”

During the 48-hour detention period, Huang Guotong noted that the police in the detention block did not beat the students, but that was not reassuring and a sense of uncertainty and insecurity prevailed. When the demonstrators were arrested and taken to a completely unfamiliar place, they might be physically intimidated at every step by being surrounded by a group of people with the anticipation of being unexpectedly manhandled. In a small room, there might be six people around one student, but there might not be direct coercion. Those protestors are not allowed to talk to each other and there is a potential for being beaten or verbally abused.

When the police ask the arrested protesters to pay high bail amounts, many demonstrators would cry. Huang Guotong wants to help the other party raise the bail money and contact their relatives and friends. Huang Guotong said: “The costs can be eight thousand or five thousand HK dollars. But many people can’t raise that amount of money. You can see that the student will start crying while holding your hand, crying continuously, and then asking: ‘May I hug you and cry?’ Everyone is very sad and helpless; everyone is frightened inside, and it takes a long time to see a lawyer. All these factors show that this is not the correct legal protection for citizens under the rule of law system that we are familiar with.”

In the description of the legal provisions for Hong Kong, the nature of riots and illegal assembly is similar, but the maximum penalty for illegal assembly is five years imprisonment, while the maximum for riots is 10 years. Since Hong Kong amended the provisions in 1970, there have rarely been any convictions for these crimes. On July 31, 44 of the 49 people arrested for the demonstrations on July 28 were accused of rioting. This is the first time in Hong Kong’s anti-extradition campaign this year that someone was charged with rioting.

Tan Wanji, Director-General of Amnesty International Hong Kong Branch, said: “The Hong Kong authorities have accused the demonstrators who support democracy using vague charges. They attempt to deter the public from participating in the demonstrations in the future. “Under Hong Kong law, the definitions of illegal assembly and riots are so broad that they fail to meet international standards. Therefore, we question whether those who face these charges have a fair chance to defend themselves in court.”

Huang Guotong saw the charges against the accused. He said: “I don’t understand how the police can charge you like this. If you go to court, you can see that their charge statements are blank. It only says the time zone, the illegal assembly, the rioters, and the defendants [14 of them on the scene], but says nothing about what they did. This is the charge. The indictments they brought to court are all standard format and content. Is it possible that your indictment is in standard form? Everyone’s [should] be different? Now, it is not.”