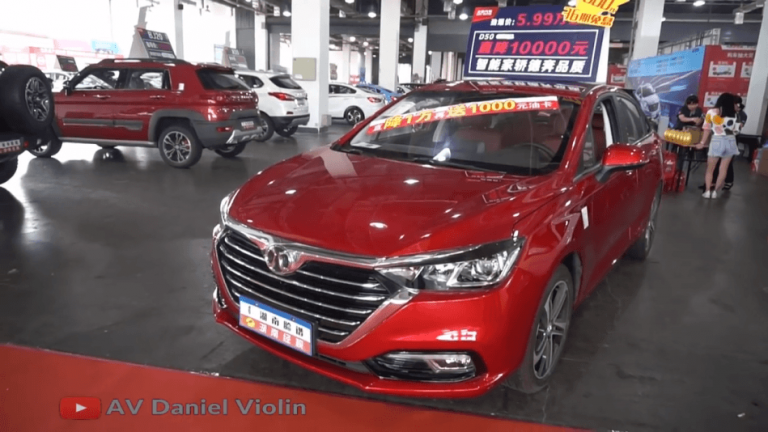 Last year, the Chinese auto market declined for the first time since the 1990s. Since then, car sales have kept falling for 14 continuous months. Market experts now feel that the Chinese car industry might be heading to an even worse future.

According to the China Association of Automobile Manufacturers (CAAM), the country’s passenger car market contracted by 6.9 percent in August 2019. Overall, the market has declined by 11 percent for the year. “The sales in the second half of the year should become better, but we are not sure to what extent the sales would be…  Perhaps the next three years will be at a low or small negative growth. We’re all looking forward to sales picking up, but it’s normal if we don’t get that,” Shi Jianhua, a senior official at CAAM, said to Reuters.

Usually, a slowdown in car sales would be dealt with by seasonal shutdowns by manufacturers. However, the 14-month long decline now presents a real threat of large-scale plant closings. Local car companies are feeling the heat of lackluster sales. If they start shutting down plants and laying off employees, it would have a strong negative effect on the Chinese economy. The electric car industry has seemed to be resilient against slowing demand for traditional cars for the majority of the past 14 months.

However, electric car sales registered their first monthly decline for the year in July. The next month, sales dropped by 16 percent to 85,000 units. The industry had started off the year on a high note, registering a 138 percent sales growth in January. However, things soon turned south for the market after Beijing removed the subsidies offered to electric car manufacturers. BYD, one of the biggest electric vehicle (EV) manufacturers in China, saw sales fall by 23 percent YoY in August.

Worried by the recession in the auto industry, China’s State Council has advised local governments to review their existing restrictions on the sale of fossil-fuel cars while encouraging the purchase of EVs at the same time. Analysts believe that further car sales declines in September and subsequent months could force the policymakers to indulge in quantitative easing to stimulate market demand.

While the car market decline continues in China, some foreign brands seem to be doing well in weathering the crisis, especially brands that have inspired strong trust in people. The increasing public confidence in foreign brands is posing a headache for the Chinese government, which is aiming to make the country a global hub of hi-tech manufacturing.

“Consumers are pushing back into traditional automakers who have reliable vehicles at that traditional price point… People are thinking: I can’t take risks with this Rmb300,000 I’m spending,” Tu Le of Sina Auto Insights said to Financial Times. Toyota and Honda have posted record sales for the month of July. German luxury cars are also doing well under the circumstances.

Chinese customers seem to be more interested in buying used cars, something that will factor in greatly to the decline of new car sales. In 2018, almost 7 million used cars were sold in the country, which is over a million more than in 2017. According to the China Automobile Deals Association, the number of used car sales in China will equal to new auto sales by 2020.