US Manufacturer of OxyContin Files for Bankruptcy 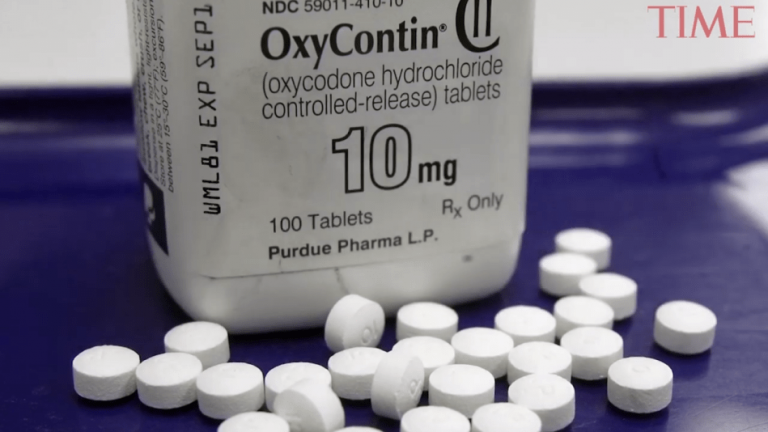 Purdue Pharma, the manufacturer of OxyContin, filed for bankruptcy as part of a deal to settle a federal lawsuit in which they were accused of being responsible for America’s opiod crisis. (Image: Nspirement)

Purdue Pharma and the Sackler family, who own the company, have apparently reached a settlement with regard to a consolidated federal lawsuit made up of about 24 state attorneys general along with over 2,000 cities and counties. The plaintiffs accused the company of being responsible for America’s opioid crisis that has claimed thousands of lives.

Purdue is the manufacturer of OxyContin, a painkiller. According to the U.S. Centers for Disease Control, almost 64,000 Americans died in 2016 due to drug overdose. Opioids like fentanyl, Percocet, and OxyContin were responsible for the majority of the deaths. America’s life expectancy dropped two years in a row in 2015 and 2016 due to this opioid crisis. This was the first time since the 1960s that U.S. life expectancy declined continuously for two years.

After the settlement, Purdue filed for bankruptcy, which will effectively dissolve the company. Once the process is complete, a new company will be set up that will continue selling OxyContin. However, the revenues from sales will go to the plaintiffs. The company will also be donating the drugs for treating addiction and overdose. The settlement will be worth US$10 billion to US$12 billion, with about US$3 billion coming in from the Sackler family. However, the settlement does not contain an admission of any wrongdoing.

“This apparent settlement is a slap in the face to everyone who has had to bury a loved one due to this family’s destruction and greed…  It allows the Sackler family to walk away billionaires and admit no wrongdoing,” Josh Shapiro, Pennsylvania’s Attorney General, said to The Washington Post.

Some activists and politicians have also expressed displeasure at the settlement, arguing that the opioid manufacturers need to be held criminally accountable for the harm they have done rather than just be fined with hefty penalties. “If no Sacklers end up behind bars, an entire class of people will continue to feel that writing a check is the worst thing that will happen to them,” Keith Humphreys, a professor at Stanford University, said in a tweet.

Early this month, President Donald Trump announced a US$1.8 billion grant that will be distributed to state and local governments to help them in their fight against the opioid crisis. The funds will be used to help people with opioid addiction get mental health services and medication-assisted treatment.

“So many lives are stopped cold by drugs… Whether it’s death or just a ruined life. In many cases, you have just a ruined life because of drugs. They never recover… My administration is determined to use every resource at our disposal to smash the grip of addiction,” Trump said in a statement (USA Today).