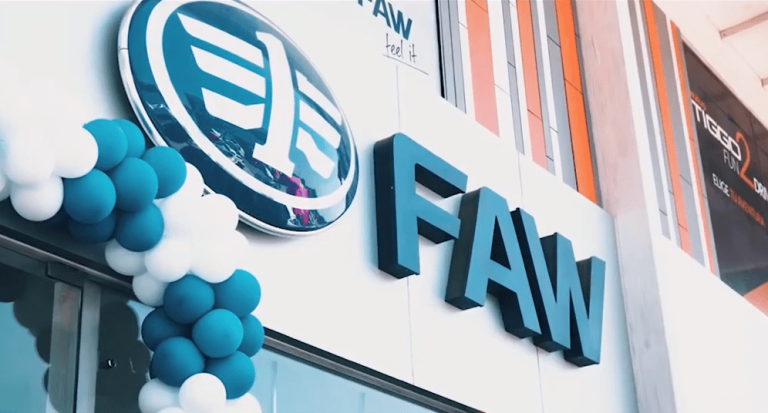 FAW Group, one of China’s largest automakers, recently introduced two new models of its Hongqi brand at the Frankfurt Auto Show in Germany. While the E115 is an electric SUV concept car, the S9 is a supercar prototype with butterfly doors.

“[E115] has a range topping 600 kilometers (373 miles) and can accelerate to 100 km per hour (62 mph) in four seconds… The EV also has intelligent four-wheel drive, air suspension, and seven driving modes… It is the second full-electric vehicle in Hongqi’s lineup, following an electric crossover,” according to Auto News. The SUV‘s styling might remind one of a Cadillac Escalade, while its big size is similar to the Chevrolet Suburban.

The S9 is FAW’s first self-designed super sports model. It has a maximum speed of 248 mph. Accelerating to 60 mph takes just 1.9 seconds. The V8 hybrid system gives the car a maximum of 1,400 horsepower.

FAW is a state-owned company founded in 1953. Five years later in 1958, Hongqi was created as a limousine brand for government departments. In the past few years, FAW has hired top talent from across the world with the aim of transforming the company into a leading global car brand.

In 2017, the former head of Changan Automobile was appointed to helm the operations. Since then, FAW has launched two crossover vehicles in a short period of time. Prior to this, the company used to offer just a sedan. In 2018, FAW appointed the former design director of Rolls Royce to manage the styling and design of Hongqi cars.

The research and development department of Hongqi has expanded in the past years and is currently spread across multiple places like Munich in Germany, Shanghai, Silicon Valley, and Beijing. “Decades ago, we were simply imitating other brands. But now China has set stricter standards for emissions and fuel consumption than other countries. We have to make innovations. Now our self-produced engine enjoys high efficiency and low emissions. It’s among the world-leading technologies,” Li Jincheng, the chief expert of Research and Development General Institute of China FAW Group, said to Asia Times.

Between January 2019 and August 2019, Hongqi sold over 52,000 cars, which is a 231 percent increase in sales compared to the same period last year. The company plans on launching 45 models and creating 18 breakthrough technologies by 2030.

“To expand market reach at home and abroad, Hongqi has cooperated with institutions owning rich IP resources such as The Palace Museum and China Central Television, made its debut at the Consumer Electronics Show (CES) 2019, and hosted international auto festivals since the start of this year,” according to Newswire.

The firm also uses social media extensively to market its products, entering into partnerships with key influencers. By 2025, FAW wants Hongqi to sell 300,000 vehicles. And by 2035, the brand strategy is targeting a sales figure of 500,000.

One of the reasons why Hongqi is gaining popularity with young Chinese is that it invested heavily in creating an identity that ended the public perception of the brand as being solely used by government officials. The company entered into a partnership with sports brand Li-Ning and launched stylish hats, apparel, and backpacks that gave it a sleek, modern identity.