Why China Is Brokering Peace Between Myanmar Government and Rebels 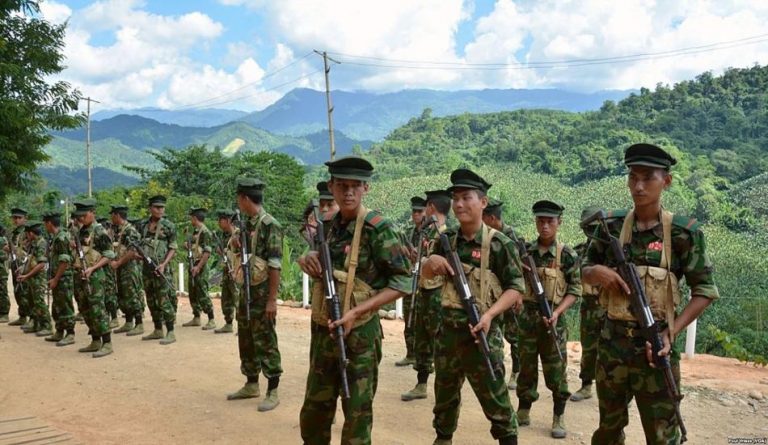 China is heavily involved in the peace process between the Myanmar government and rebel groups fighting in the northern regions of the country. But even though Beijing presents itself as a peace broker, its ambitions in the region are driven purely by personal vested interests.

Recently, a series of attacks by the rebel groups Ta’ang National Liberation Army (TNLA), Myanmar National Democratic Alliance Army (MNDAA), and Arakan Army (AA) resulted in 15 deaths in northeast Myanmar, including civilians as well as police personnel. Beijing sent in officials to talk with the armed rebels and apparently told them that violence in the region was unacceptable.

“Chinese Special Envoy Sun Guoxiang, accompanied by the police chief of Yunnan [a province in China], met with us [the three groups]. They said they do not accept our fighting. They do not like it and told us to stop it, whatever it takes. It is like they are pressuring us,” Brigadier General Tar Bone Kyaw of the TNLA said to The Irrawaddy.

However, China’s desire for an end to the conflict is largely driven by the fear that such fights will disrupt its Belt and Road Initiative (BRI) plans in the region. Beijing wants to build three border economic cooperation zones in the Kachin and Shan states, two places that see high levels of conflict between the Myanmar army and rebel fighters.

A gas and oil pipeline that connects Yunnan Province in China with the war-torn Rakhine State has also been proposed. The gas pipeline is expected to carry about 2.86 million tons of gas every year to China, meeting 5 percent of the country’s annual imports. Similarly, the oil pipeline will carry about 22 million barrels of crude oil annually, which would account for 6 percent of China’s annual oil imports.

But as long as the war continues, the BRI projects will remain unfulfilled, preventing China from developing a trade network in the area. “As I understand, China’s primary interest is not securing peace in Myanmar… They want stability along the border. In addition, as a part of their policy, they want to maintain their relationships with both the government and the armed groups in the region,” journalist Bertil Lintner said to Radio Free Asia.

A new road being built by the Myanmar government in the Karen territory is contributing to increased conflicts in the region. Previously, a ceasefire agreement between the state and armed groups like the Karen National Union (KNU) had brought temporary peace.

But KNU sees the construction of the road as a violation of the agreement since it would allow the state military to increase troops in the region and transport them when required without having to secure permission from the rebel groups. “That’s why trust-building is ruined… With these kinds of activities, how can we trust them?” Saw Tadoh Moo, general secretary of the KNU, said in a statement (Al Jazeera).

A recent report by the United Nations Fact-Finding Mission on Myanmar alleges that the military committed acts of violence and destroyed property while constructing roads in the regions populated by Karen communities. Several villages are said to have been shelled, with many civilians possibly getting injured in the process.