Antibiotic Resistance: How We Can Fight Back Against Superbugs 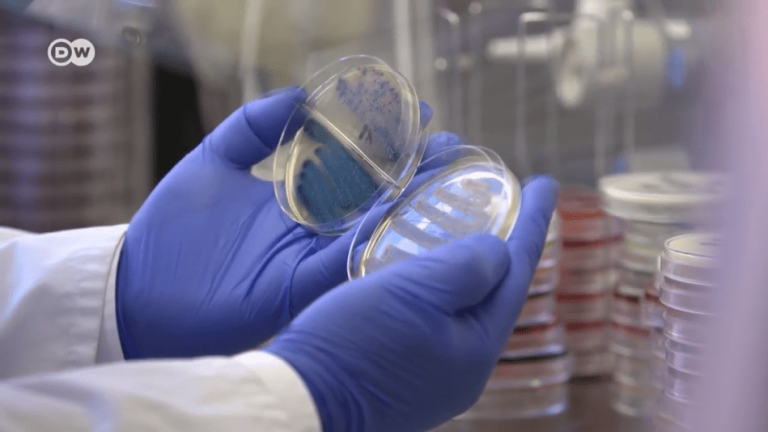 When antibiotics were first discovered, it seemed as if we had found an easy and extremely effective way to deal with illnesses caused by infectious organisms. (Image: Screenshot via YouTube)

When antibiotics were first discovered, it seemed as if we had found an easy and extremely effective way to deal with illnesses caused by infectious organisms. However, many organisms are now morphing into superbugs, developing properties that make antibiotic use ineffective. This is a serious health problem. If we do not find a way to fight antibiotic resistance, humans could soon be stricken with infections we are unable to cure.

In the U.S., around 23,000 people are estimated to die every year by getting infected with drug-resistant pathogens. A British government report puts the worldwide number of such deaths at 700,000. Without proper action, the death toll could easily rise to 10 million annually. So what do we do? One solution is a strategy called Host Directed Therapy (HDT), which aims to boost a person’s immune system to a level where it can kill off the pathogens. As such, the reliance on external drugs is minimized.

Plus, HDT also limits the risk of uncontrolled inflammation. “The body naturally responds to infections with inflammation, a process in which specific populations of immune cells attack and kill the invading bacteria by either eating them or zapping them with protein weapons. However, uncontrolled inflammation triggers the production of proteins that can cause multi-organ failure and can even kill the host,” Zahidul Alam, a postdoctoral fellow at the University of Pennsylvania, warns (The Conversation).

HDT includes a host of treatments, like cellular therapy, that aim to inject bone marrow cells into the body to prevent the immune system from reacting excessively and to avoid injuries to tissues. Common drugs used for treating noninfectious diseases are made a part of the treatment. For instance, nutritional products like Vitamin D3 are known to trigger immune cells to release substances that have strong antibacterial properties.

It is also necessary that the pharmaceutical industry is enlisted in the fight against antibiotic resistance. “Maximizing profit is the natural goal of the industry and self-regulation is unlikely to promote sustainable antibiotic use. However, contractual conditions tied to public funding can help bring developers on-board with practices that promote public health…  In accepting a large, predominantly public-financed reward, developers of new antibiotics should be requested to adopt business practices that promote long-term antibiotic conservation,” says a report.

A new, highly resistant strain of Salmonella is the latest threat being dealt with by the U.S. Centers for Disease Control and Prevention (CDC). The strain affected 255 people in 32 states between June 2018 and March 2019. Of the 60 people hospitalized from the infection, two have died.

“We are continuing to see cases occurring among patients…  The antibiotic resistance pattern of this strain is alarming because the primary oral antibiotics used to treat patients with this type of Salmonella infection may not work,” Dr. Ian Plumb, an epidemiologist in the CDC’s Enteric Diseases Epidemiology Branch, said to CNN.

The Salmonella infections were observed in people who had eaten beef sourced in the U.S. and soft cheese from Mexico. On further investigation, the CDC found that 89 people who had contracted the infection had visited Mexico recently. The agency has warned people to avoid eating soft cheese prepared from unpasteurized milk and to only consume beef steaks and roasts that are cooked to an internal temperature of 145°F.