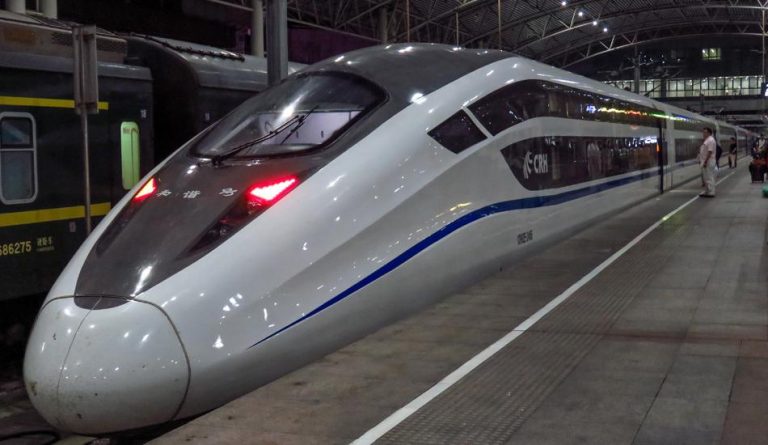 Though China has a highly repressive government and its people have very little freedom when compared to democratic nations, not everything about China is plain bad or backward. In the fields of business, personal behavior, culture, or anything else, the Chinese easily supersede other regions and cultures in several regards, such as in the growth sectors.

Chinese are known to build large-scale infrastructure projects in the fastest possible time. The best example would be the country’s 15,500-mile high-speed railway network. The entire system was built in the last 10 years. The first high-speed rail line was constructed in 2008 ahead of the Beijing Olympics. Back in 2012, a Chinese company constructed a 30-story hotel in just 15 days! The 17,000 square meter hotel has 316 rooms and cost about US$17 million to build. The same company went on to build a 57-story building in 19 days.

When it comes to mobile payments, China beats the U.S. and most of the Western world by a big margin. While the main reason for this is the massive market size of China, the fact that American users are more likely to use credit cards rather than online payments also plays a factor. In 2018, the mobile payment transaction value in China stood at US$414 billion. In comparison, America’s volume was just US$64 billion.

A report from the China Internet Network Information Center stated that the number of people using mobile payments in the country rose by 10 percent in 2018 to 583 million. “Nearly 68 percent of China’s Internet users used a mobile wallet for their offline payments… approximately 600 million people used online payment in 2018, up 13 percent over 2017… About 406 million people ordered food online last year, an increase of more than 18 percent from 2017, and about 397 million people placed their online order via a mobile device,” according to Tech Node.

In the U.S., e-commerce companies like Amazon promise a speedy 2-day delivery. While this is fast enough, China’s JD.com fulfills 57 percent of its deliveries within 12 hours of receiving an order. Some 90 percent of the deliveries are completed within 24 hours. The company has even started using drones to speed up deliveries in rural China. “A round trip between the central station to a suburban village usually takes an expressman an hour by tricycle, but it only takes a delivery UAV six minutes to fly across the mountain road,” a JD team member said to Drone Life.

China also leads the world in renewable energy implementation. Last year, China accounted for around 30 percent of the world’s renewables. The U.S. came a distant second with a 10 percent share. According to the International Renewable Energy Agency, China’s solar capacity multiplied almost 700 times in the decade up to 2018. Wind power capacity rose by 22 times during this period.

Wood Mackenzie, an energy research company, predicts photovoltaic panel installations in China to hit about 370 GWdc by the year 2024, which will be more than two times America’s capacity. The Tengger Desert in the Inner Mongolia autonomous region is home to some of the biggest solar farms in the world. As of 2016, solar power accounted for 5 percent of total installed capacity. Beijing is seeking to increase the number over the coming years and cut down its dependence on coal.