Women Risk Their Lives to Be Fat in This Country 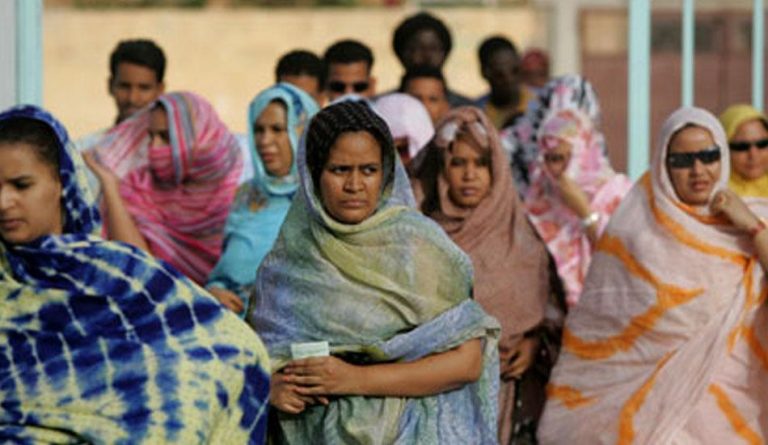 Instead of being pressured to maintain a slim body, women in the African nation of Mauritania feel pressured to be fat. (Image: Medou Mido via flickr CC BY-SA 2.0)

Throughout most of the world, women face the constant pressure of maintaining a slim body. Fat is considered unattractive. However, there is an African country where women want to become fat. Larger-sized women are what men in Mauritania consider attractive, proving the old adage that beauty lies in the eyes of the beholder.

In Mauritania, about 23 percent of girls are believed to have been force-fed since childhood. The practice mostly exists in the poorer, nomadic sections of the society and is called “gavage.” Girls in the age range of 5 years to 13 years guzzle down tons of food every day, encouraged by their parents. The daily calorie intake can go up to 16,000 calories.

The reason why girls take such extreme steps to be fat is due to the strong demand. “A fat woman is the one a man prefers… If she’s not fat, I wouldn’t be with her because fat women are more comfortable during sex… For Mauritanian men, fat women are more desirable than skinny ones,” Abu Bakri, the leader of one of the communities, said to SBS.

Even though doctors have warned them about the dangers of consuming so much food, the parents keep feeding their girls. Due to this, they gain weight and enter puberty earlier than normal. At the age of 14 or 15, they are married off.

“Even when their tummies are full to the brim and they can no longer consume any more, they will be caned or tied up if they are too strong. They are not allowed to throw up or they will be forced to eat their own vomit. Even when food is at an abundance, some family members will go without food to ensure that the girls consume as much as possible,” according to The Gryphon.

During drought, some women start using chemicals and drugs in order to get fat. One girl took steroids meant for fattening animals despite her mother advocating against it. The girl’s belly swelled up like a balloon and she suffered a tragic death.

According to the World Health Organization, obesity tripled between 1975 and 2017. Almost 603 million adults and 107 million kids suffer from obesity. Being overweight causes far more deaths in the world than being underweight. The U.S. comes in at number 18 on the list. The least overweight countries were Switzerland, Denmark, France, and Sweden. In American Samoa, almost 74.6 percent of the population is considered fat.

When it comes to obesity in children, more than 65 percent of males and close to 60 percent of females aged between 5 and 19 in the U.S. are obese. “The highest rates of childhood obesity can be found in Micronesia, the Middle East and the Caribbean. And since 2000 the number of obese children in Africa has doubled… In South Africa, almost one in three boys are overweight or obese… In Brazil, 36 percent of girls are overweight or obese,” according to BBC.

In developing countries, higher disposable incomes have changed the eating habits of people so that they adopt a diet that is excessively rich in fats and sugar. A Chinese study showed that while the rate of obesity among rural children was 10 percent, the number climbed to 17 percent in cities. In India, increasing junk food consumption is causing youngsters who don’t even look overweight to contract heart diseases and type 2 diabetes.