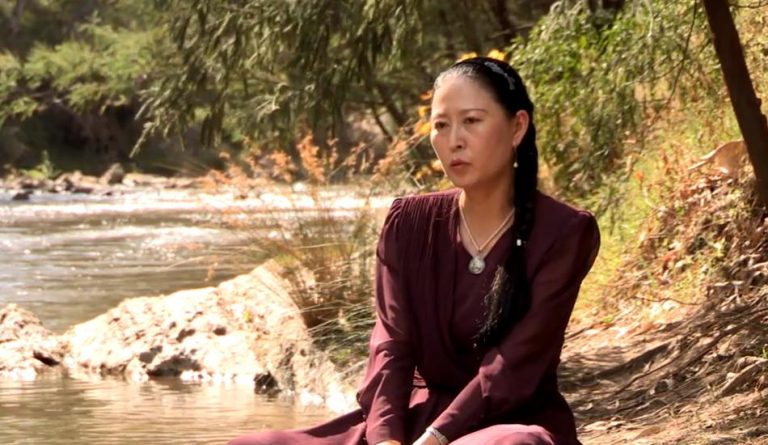 Angel escaped from having her organs harvested. (Image: YouTube/Screenshot)

Imagine being severely tortured multiple times over the course of your life by a government that is hellbent on making you renounce your faith. Angel, a Falun Gong practitioner from China, underwent such horrific treatment in the hands of the Chinese Communist Party. In a YouTube video, Angel recounts her experience and reveals how she was even tested for organ harvesting. However, before the evil struck its final blow, she escaped China and now lives safely in Australia.

Angel was subject to severe persecution by the Chinese authorities three times. She first heard about Falun Gong (also known as Falun Dafa) in 1998. Since her health was not so great at that time, Angel decided to give the spiritual practice a try. After she began practicing Falun Gong, Angel started feeling more healthy, energetic, and optimistic. It was in July 2000 that Angel was first persecuted by state officials. She had arrived at Tiananmen Square to meditate with four other Falun Gong practitioners. Shortly after she sat down, the authorities came and abducted them.

Angel was taken to a police station where the officials forced her to reveal her address and work details. The officers tortured her severely and burned the back of her fingers with a lighter. Traumatized by the experience, Angel could not eat or sleep properly. She had blisters on her hand. The state put her under constant watch by a monitor.

In December 2001, police took Angel away from her workplace and sent her to a “re-education camp” — which was basically a brainwashing facility — where she was repeatedly asked to renounce her faith. She went on a hunger strike inside the facility to protest against the illegal detainment. In response, the authorities put a tube inside her mouth and started force-feeding her. When the tube was taken out, it was covered in blood. After her blood pressure fell to dangerously low levels, the authorities got scared and sent her home.

The third instance of persecution occurred in February 2004. She was taken to a local detention center. Prisoners at the facility colluded with the police to torture her to get an early release. They used to jump on her chest with full force. They force-fed Angel with salty foods to make her feel thirsty. She was taken to a forced labor camp in April. Upon reaching the facility, doctors tested her and found that the body’s endocrine system was a mess. They declared that it was useless to treat her. Angel was taken back home where she was handed over to her mother. At that time, all she could hear was her mother crying.

After gaining consciousness, Angel remembered that the authorities had taken her blood sample. What perplexed her was that her torturers had not taken any blood from the 20 other people in the room. It was in 2006 that Angel finally came to know that the blood sample was used to determine the potential of harvesting organs from her body.

“The Chinese Communist Party is engaged in such evil, killing innocents on demand. Everyone knows… in order to get a matching kidney or liver, it takes years under normal circumstances. At the height of the Party’s persecution of Falun Gong, wait times for matching organs reduced dramatically,” she said in an interview.

Fearing that her life was in danger, Angel eventually fled to Australia where she currently resides. Though she can’t return back home, Angel is happy that she is free to practice her belief. She didn’t want to rely on welfare and took up work as a cleaner. In June this year, an independent tribunal confirmed that China was murdering Falun Gong practitioners and extracting their organs.