Charitable Acts Can Change One’s Fate for the Good 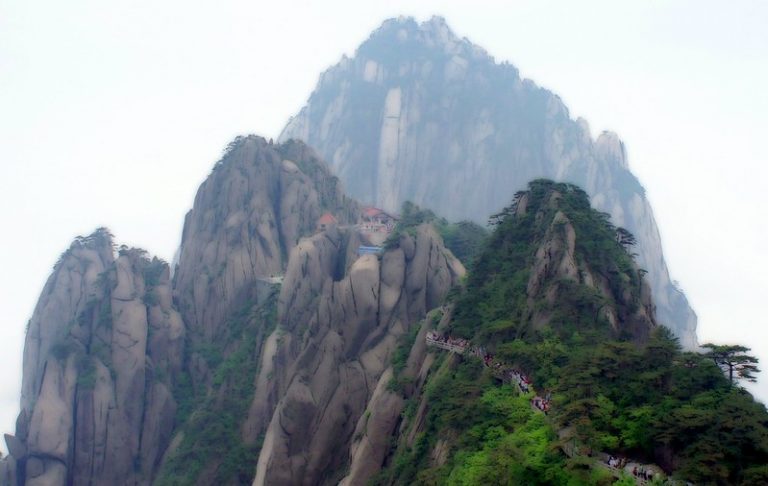 After this incident, people heard that Doctor Xue secluded himself in the remote mountains to practice Taoism. (Image: David Leo Veksler via Flickr)

Fate is predestined. However, helping others and doing charitable acts can alter some negative circumstances. Here is an example that shows how this can happen.

There was a businessman in Anhui Province, China. He was in his 30s and married, but he had not been blessed with a child even though he wanted one so much. On one occasion, he went to see a fortune-teller and was told that he had a disaster approaching in October that year that he would have to endure, as there was no way to escape it. The man trusted the fortune-teller, as he knew him well and believed in his words. The man decided to get all his money back from trading in Suzhou; he hurried to collect his money in order to make all the necessary arrangements prior to his predicted misfortune.

When all his business was settled, the man went to rest at an inn. In the evening, he went for a walk along the river bank and he suddenly saw a woman throwing herself into the water. At once, he took out a silver ingot and ordered a nearby fisherman to save the woman. After the fisherman saved the woman and brought her back to shore, the man asked her why she did such a thing.

The woman told him that her family raised pigs to pay for their rent and her husband worked as a servant. She sold their pig the day before, but the ingot she received was fake. Scared of being scolded by her husband if he learned about it, she could not bear the way he would treat her and decided to end her life.

The businessman felt pity for her. He immediately took the money he had and gave the lady twice the amount that she needed. The woman went back home and told her husband about it. Upon hearing her story, her husband not only distrusted her, but also suspected her of adultery with the businessman. He took his wife to the inn where the businessman was staying and went to ask him why he gave the money to his wife. Why did he give her so much money?

The businessman was already in bed. The woman lightly knocked on the door, saying: “I am the woman who jumped into the river this evening. I have come to thank you.” Hearing these words, the man spoke sternly: “You are someone’s wife and I am a traveling businessman staying on my own. How can we see each other at this time of night?” The husband was relieved and immediately said: “We have come as a couple to say thank you.” Realizing it was the husband, the businessman got up and came out of the room to greet them.

Just as the businessman opened the door, the wall behind him collapsed suddenly and crumbled onto the bed where he had just been laying. He was fortunate not to suffer any injuries as a result.

After returning to Anhui, the businessman ran into the fortune-teller one day. The fortune-teller was adept at physiognomy, which is the skill of reading a person’s character from the face. He was surprised to see the changes on the businessman’s face. He exclaimed: “You have yinzhi lines on your face, which only come when people have done charitable acts. You must have saved someone’s life recently. Great blessings will come to you.”

The businessman had several sons later on and lived until he was 96 years old in good health. His fate changed because he accumulated great virtue by giving out money to help a person in need, saving a life without asking for a reward. His life totally changed. He ended up with a big happy family, including sons and grandsons.