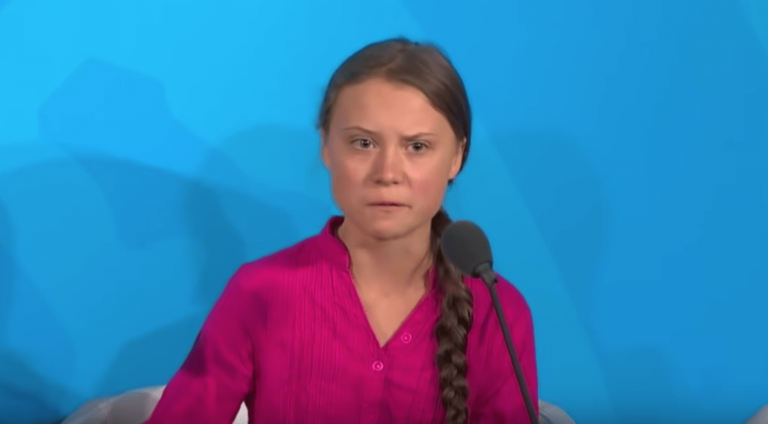 An emotional Thunberg sat in front of the General Assembly and plainly told those in attendance, "You have stolen my dreams."(Image: YouTube/Screenshot)

The Global Climate Strike, observed between September 20 and 27, saw the participation of about 6 million people from across the world, including schoolchildren and trade unions. Organized by the “Fridays for Future” foundation and led by teen environmentalist Greta Thunberg, strikes were held across 4,500 locations in 150 countries.

“This week was a demonstration of the power of our movement… People power is more powerful than the people in power. It was the biggest ever climate mobilization, and it’s only the beginning. The momentum is on our side and we are not going anywhere,” a spokesperson for the FridaysForFuture group said to The Guardian.

In New Zealand, more than 3.5 percent of the country’s population is believed to have participated in the protests. In Italy, over 1 million people took part. The demonstrations in Brazil were focused on bringing attention to the poor manner in which the Amazon wildfire crisis has been managed by the government. In Russia, the participants had to keep their demonstration contained as the government does not give permission to conduct such mass protests.

Greta Thunberg gave an impassioned statement at the United Nations, arguing that immediate global action is required to avert a climate crisis. She warned that cutting down emissions in half over the next 10 years will only give the world a 50 percent chance of keeping global warming under 1.5°C and avert a potential crisis situation.

“Mathematically and technically, it is possible, but it’s not realistic… To reduce emissions that sharply in what is now only a 10-year period would take enormous changes in countries around the world,” Simon Donner, a climatologist at the University of British Columbia in Vancouver, said to NBC News. A report by the Global Carbon Project released last year revealed that world carbon emissions hit a record high in 2018 after stabilizing between 2014 and 2016. Worldwide emissions for 2018 stood at 37 billion metric tons, which is a 2.7 percent increase when compared to the previous year.

The United Nations, in partnership with 130 international banks, launched the “Principles for Responsible Banking” initiative just a day before the week-long protests. Representing almost one-third of the global banking industry, the institutions account for up to US$47 trillion in assets. The banks promised to strive for an inclusive society that focuses on the sustainable use of natural resources.

“A banking industry that plans for the risks associated with climate change and other environmental challenges can not only drive the transition to low-carbon and climate-resilient economies, but it can also benefit from it… When the financial system shifts its capital away from resource-hungry, brown investments to those that back nature as a solution, everybody wins in the long-term,” Inger Andersen, Executive Director of the United Nations Environment Programme (UNEP), said in a statement.

Some groups, like Rain Forest Action Network and Greenpeace, criticized the initiative as a “greenwashing tool” that will be used by the banking corporations to cover up their environmentally destructive activities. They pointed out that some of the banks had supported the commodities and coal trading industry, which they accuse of being responsible for the burning of Amazon’s rainforest. While two American banks are part of the agreement, none of the banks from China signed up for the deal.

Meanwhile, a group of scientists sent an open letter to the UN requesting a high-level open debate on climate change. The group of scientists expressed concern that climate science should be less political, while climate policies should be more scientific. The group also noted that scientists should openly address the uncertainties and exaggerations in their predictions of global warming, while politicians should dispassionately count the real benefits as well as the imagined costs of adaptation to global warming, and the real costs as well as the imagined benefits of mitigation.