Learn from the Master: The Philosophy of Bruce Lee 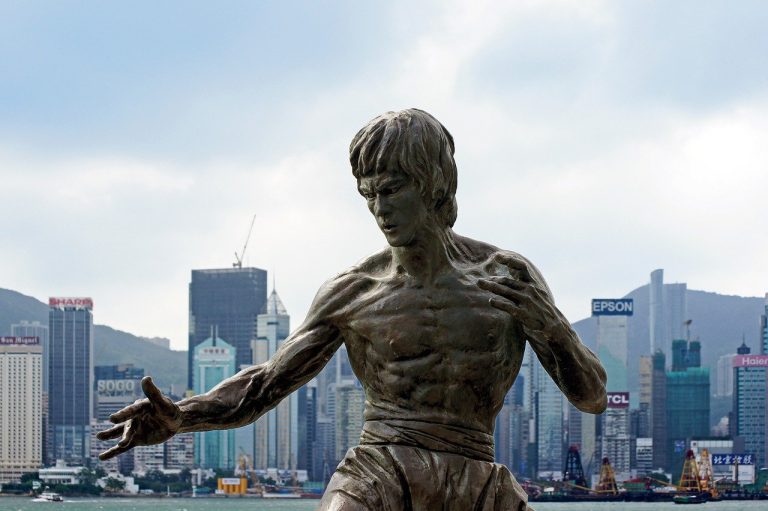 Bruce Lee’s influence on modern martial arts is undeniable. His ideas about martial arts were not rooted in violence. Instead, its foundations were strongly rooted in a wise philosophy and informed worldview that stressed personal excellence.

The philosophy of Bruce Lee

One day when Bruce Lee was reflecting on the teachings of his master, he became frustrated. Bruce Lee believed that he was unable to grasp the real essence of what his master had taught him. Out of irritation, bruce Lee started punching water. He saw that the water parted easily and was difficult to grasp. Suddenly, a light shined inside Bruce Lee’s mind. While at first look water looks weak, it was almost impossible to cause damage to it. Bruce Lee realized that martial artists need to be like water — whenever someone is faced with brute force, they must redirect that energy, and not oppose it rigidly.

Bruce Lee had a good idea about how a mind occupied with negative thoughts ends up warping the perception of the person. “The mind is like a fertile garden — it will grow anything you wish to plant — beautiful flowers or weeds. And so it is with successful, healthy thoughts or negative ones that will, like weeds, strangle and crowd the others. Do not allow negative thoughts to enter your mind for they are the weeds that strangle confidence,” he once said (Medium). bruce Lee was a firm believer in being responsible for one’s actions, and a personification of confidence.

It has been said that the best way to accumulate knowledge is to study the teachings of great men. Bruce Lee believed this to the fullest. His personal library is said to have contained over 2,500 books. There were books on martial arts, philosophy, boxing, wrestling, filmmaking, and so on. Driven by a need to understand the philosophy behind martial arts, he himself authored several texts that he hoped would inspire his students. His vast knowledge of the various fighting forms allowed him to incorporate the best of everything, eventually leading to the creation of his own fighting style, “Jeet Kune Do.”

Trying to understand something with preconceived notions will never allow a person to accumulate true knowledge. Bruce Lee instructed people to: “Empty your cup so that it may be filled; become devoid to gain totality.”(Goodreads) He used to recount the story of an encounter between a Western scholar and a Zen master to his students.

Purpose of a goal

Bruce Lee had a deep understanding of why goal-setting was important in life. He realized that even though a person might not be able to reach every goal, the very fact that a goal exists is sufficient to motivate the person to keep on trying. By chasing something outside of what you have, you push yourself to become better.