A Chinese Tea That Costs More Than Gold 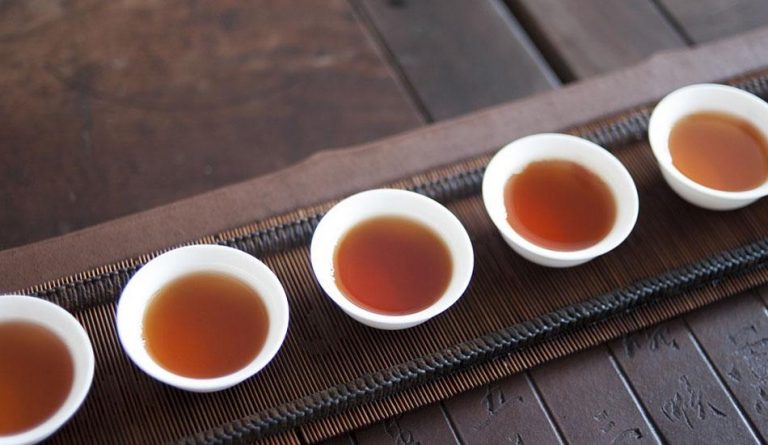 Da Hong Pao, also known as Big Red Robe, is a Chinese tea variety that is regarded as the most expensive tea in the world. Back in 2002, an individual paid around US$28,000 for just 20 grams of this delicacy.

Da Hong Pao has an interesting history. Its cultivation began at the Wuyi Mountain in Fujian Province during the Ming Dynasty (1368-1644). According to local legends, when the emperor’s mother fell ill, she was advised to consume this tea. “After she drank the tea, she felt better and better and was cured at last. The emperor was so pleased that he sent great red cloth to cover the trees in that winter to save the trees from dying from the cold. Due to the red cloth, the tea from the tree was called Big Red Robe Tea from then on,” according to Oolong Tea Info.

The original Da Hong Pao trees were located on the Tianxin Yongle Temple land. During the time of Mao, the monks were forced out of the temples. Though they later returned, the land on which Da Hong Pao grew was kept under government control. In 2005, the plants gave their last harvest. The only remaining few grams of the tea leaves are in the hands of collectors who treasure them like gold.

Though you can buy Da Hong Pao for about US$100 in China, these tea leaves are not sourced from the original plats. Instead, they come from genetically identical plants that were grown from cuttings of the original trees and produce a similar taste. To get a taste of the original Da Hong Pao, you have to be willing to spend a fortune.

Back in 1848, a Scottish botanist visited China to obtain the tea plant. During those times, foreigners were not allowed to travel too deep into the country. The botanist presented himself as a Chinese official and then stole and smuggled the tea seeds and plants from the Wuyi Mountains. He also learned the correct process involved in planting, picking, and processing the leaves in order to make tea. The seeds were then taken to India where they were planted.

Da Hong Pao is rich in a natural antioxidant called polyphenols, which are responsible for many of the health benefits of the tea. Drinking Da Hong Pao increases metabolism which helps the stomach process food faster. As such, digestive issues are minimized. The antioxidants contribute to strengthening the immune system and provide the necessary vitamins and minerals to fight off diseases.

Drinking Da Hong Pao can help in dealing with roughness of the skin, wrinkles, and dark spots. It prevents the buildup of plaque in the heart’s arterial walls, thereby reducing the chances of coronary diseases. This tea also aids in weight loss. Da Hong Pao contains an amino acid called L-theanine, which calms the nerves and soothes the mind.

To prepare Da Hong Pao, you need to first put about 2 teaspoons of the leaves in a teapot together with about 8 ounces (236 ml) of water. The water should have a temperature of 90-95°C. Cover the teapot and let the flavors of the tea seep into the water. After a minute or two, pour the tea into a cup and serve.