Over A Million People in Beijing Live Below the City 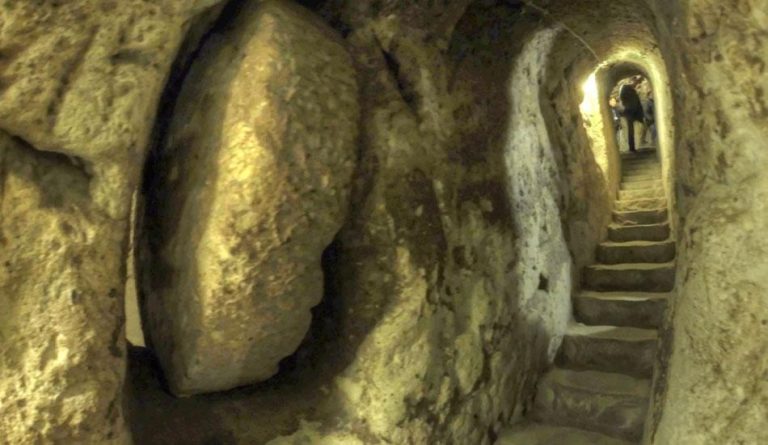 More than 1 million people in the Chinese capital of Beijing today live in an underground city. This was built as a bomb shelter during the Cold War era. At that time, the Chinese government was worried that Russians might start dropping bombs. As a consequence, Beijing built several underground shelters as a last resort during attacks.

By the late 1970s, almost 75 major cities in China had dug tunnels underneath that could hold up to 60 percent of the population. “In Beijing too, some 300,000 people swung shovels digging an estimated 10,000 to 20,000 bomb shelters and some 30 km of tunnels linking them together. Every able-bodied man, even school children, took part in the effort. Centuries-old city walls and towers that once circled ancient Beijing were cannibalized for supplying construction materials for the complex,” according to Amusing Planet.

Initially, the underground network had 90 entrances that were hidden in the backs of several business establishments and homes. In the case of a war, citizens could move into the chambers and live a decent life thanks to facilities like movie theaters, restaurants, classrooms, barbershops, and so on. As tensions between Russia and China eased, the tunnels started getting occupied by people, essentially transforming into an “underground city.”

Today, rural Chinese who move to Beijing for better employment opportunities live in these tunnels. Such people find it very difficult to get affordable living space in the city due to the high cost of living and the household registration system that limits an emigrant’s access to housing. As such, many tend to rent a unit in the underground city that can be had a cheap price. Most people see this as a transitional place where they will stay until they make enough money to rent a proper place back on the surface.

When an Italian photographer, Antonio Faccilongo, tried to take a few pictures of the residents in the tunnels, he was met with firm resistance. “I met around 150 people, and only 50 gave me permissions [to photograph them]… Some of them are afraid because they told their families [back home] that they have good jobs and are living in good apartments,” he said to National Geographic.

In the Turkish city of Cappadocia, there are 36 underground cities. Derinkuyu is the deepest among them, extending to around 200 feet below the surface. According to the Turkish Department of Culture, construction started way back in the 8th to 7th centuries BC. It was fully formed during the Byzantine era, when people used it as a shelter from invading Arabs. Over time, people forgot that such structures existed. It was only in 1963 that the areas were discovered and became popular. The underground city had every facility one would expect from a normal surface city, like stables, wineries, churches, storage rooms, and so on.

The Edinburgh Vaults is an underground city in the UK.  It was opened in 1788 and was initially used to house cobblers, smelters, taverns, and people engaged in similar trades. When the businesses moved out, the city’s poorest people started inhabiting it. But around 1860, even they left the place. The vaults were discovered in 1985 during an excavation. Today, ghost tours are conducted at the place. A section has been dedicated to hosting private events.