Will the Sun Become a Black Hole? No. Here’s Why 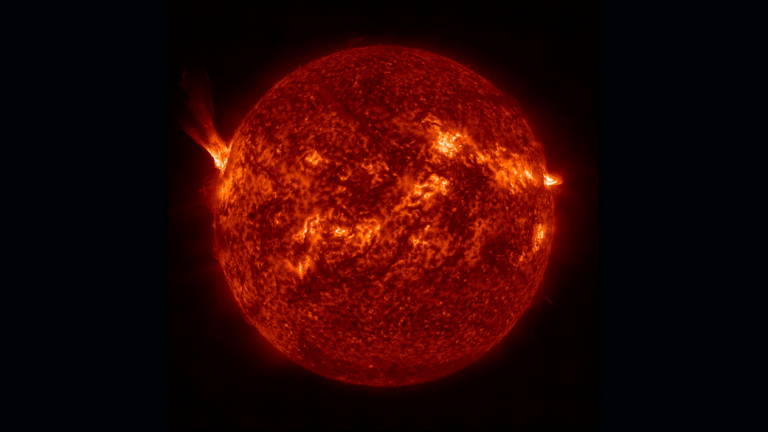 Will the Sun become a black hole? No, it's too small for that! (Image: NASA/SDO)

The Sun would need to be about 20 times more massive to end its life as a black hole. Stars that are born this size or larger can explode into a supernova at the end of their lifetimes before collapsing back into a black hole, an object with a gravitational pull so strong that nothing, not even light, can escape.

Some smaller stars are big enough to go supernova, but too small to become black holes — they’ll collapse into super-dense structures called neutron stars after exploding as a supernova. But the Sun’s not big enough for this fate, either: It has only about one-tenth of the mass needed to eventually become a neutron star.

So what will happen to the Sun? In some 6 billion years, it will end up as a white dwarf — a small, dense remnant of a star that glows from leftover heat. The process will start about 5 billion years from now when the Sun begins to run out of fuel.

Like most stars, during the main phase of its lifetime, the Sun creates energy by fusing hydrogen atoms in its core. In about 5 billion years, the Sun will start to run out of hydrogen in its core to fuse, and it will begin to collapse.

This will let the Sun start to fuse heavier elements in the core, along with fusing hydrogen in a shell wrapped around the core. When this happens, the Sun’s temperature will increase, and the outer layers of the Sun’s atmosphere will expand so far out into space that they’ll engulf Earth. (This would make Earth uninhabitable for life as we know it — though other factors in planetary evolution might make it uninhabitable before that point.) This is the red giant phase, and it will last about a billion years, before the Sun collapses into a white dwarf.