A Peek Into China’s Food Culture 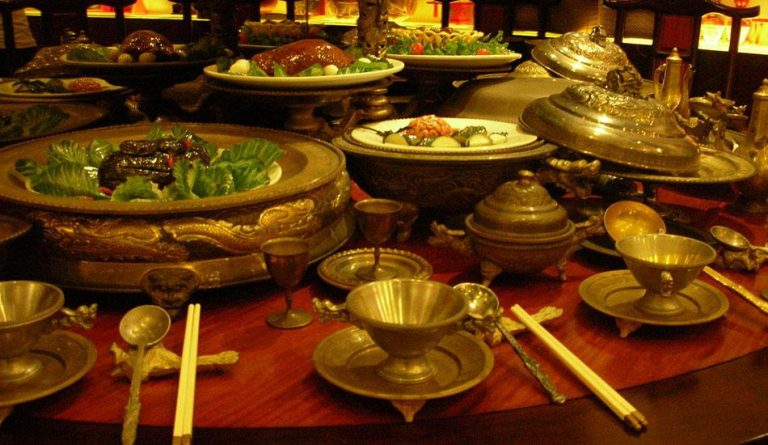 Chinese food is popular the world over. Thanks to the country’s long history of empires and trade networks, China’s food culture is rich and people with varying tastes and preferences are sure to find something they like. It was during the Chou Dynasty (1122-221 B.C.) that cooking started becoming recognized as an art. Over time, the Chinese developed different food preparation techniques and proper eating manners into China’s food culture, all the while infusing some of their philosophies into cooking.

A typical Chinese meal will have two parts. The first part includes foods like rice, steamed buns, or noodles. The second part will contain dishes made from vegetables or meat. Unlike in the West, a dessert is normally not part of the main meal. Some of the Chinese food course types include:

The Confucian focus on perfection inspired the development of precise cooking standards and table etiquette. Food was made bite-sized, a practice still followed in China. The art of matching ingredients became important under Confucian influence. Taoism, which was more concerned with hygiene and health, encouraged cooks to think about the nutrition and medicinal qualities of food so as to maintain the health of the body. As such, people started using roots and herbs in their food preparations. “The growing influence of Buddhism and its emphasis on vegetarianism led to innovative uses of wheat products; in the form of dumplings and fried dough strips,” according to Asia Dialogue.

The first striking feature of China’s food culture lies in its flavors. Different regions ended up specializing in certain flavors depending on the resources they had in the area. As such, the southern part of China is considered good for people looking to try out sweet dishes, the eastern regions for sour dishes, the western area for spicy foods, and the northern parts for salty items.

The Chinese also developed dishes considered ideal for certain seasons. The cooking methods and the ingredients used in the dish would change depending on whether it was summer or winter. Dishes prepared in summer will usually have a light flavor and are served cold, dressed with sauce. In contrast, winter dishes tend to have a thicker, richer flavor and are mostly stewed or braised.

Esthetics is highly valued in China’s food culture. The food must not only be tasty, but should be served in an attractive way. Everything from the color of the dish, the size of the vegetables and meat, the texture of the dish, and the aroma are expected to be in harmony with each other.