The People Behind the Climate Strikes 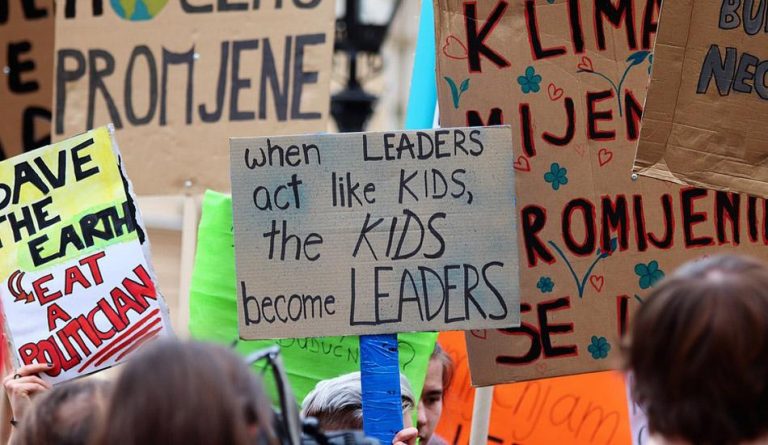 The climate strikes of September saw the participation of millions of people. (Image: pixabay / CC0 1.0)

The recently concluded global climate strike has been one of the largest protests on the issue in history. Millions of people from across the world came together on the streets and demanded that strict actions be taken on climate change. But who are these people who participated in the climate strikes and what ideologies do they hold?

Institute for Protest and Movement Research conducted a survey about climate strike participants. Research groups surveyed the protestors across nine European nations through a standard questionnaire. The findings showed that the average age of protestors is 25.8 years, with 52.8 percent of the participants between the ages of 14 and 19. When it comes to gender, 57.6 percent of participants were female. Politically, 53.3 percent considered themselves to be aligned with left-wing ideologies. Economically, 43.6 percent came from the upper-middle class.

“Almost 20 percent are convinced that political decisions can limit climate change; another 40 percent consider this probable… However, less than one in five have directly approached a politician with this demand. The majority of them are endeavoring to change their lifestyle to protect the climate — for example, by reducing consumption (70.5 percent), changing nutrition (68 percent), saving energy (61 percent), and not traveling by air (39.5 percent),” according to Deutschland.

The global climate strike movement’s intentions demand, just like other climate change organizations, that consumption of fossil fuels be minimized, but the movement does not stop at that. It asks for “reparations” and “climate justice.” Both clearly echo the ideologies of the left, where a victim group is identified and positioned against the “bad guys,” which in this case would likely be Western industries. Ironically, it is China that is the biggest polluter in the world.

A term like reparations possibly indicates that the movement might eventually demand that the Western World pay some kind of tax to reverse the damage caused by the changing climate. “The manifesto insists that we need to “reject false solutions,” including geoengineering, carbon capture, and storage, “technofixes” more broadly, smart agriculture, “mega hydro,” nuclear power, carbon trading, and biofuels,” according to the National Review.

Highlighting the climate strike was the United Nations Climate Action Summit and climate activist Greta Thunberg, who scolded world leaders for failing to address climate change. The 16-year-old has become one of the leading voices for a generation confronting the consequences of a warmer planet.

“This is all wrong. I shouldn’t be up here,” said Thunberg, whose lone protest culminated in the global climate strikes. “I should be back in school on the other side of the ocean. Yet you have come to us young people for hope. How dare you.”

She told the UN that even the strictest emission cuts being talked about only give the world a 50 percent chance of limiting future warming to another 0.4°C (0.72°F) from now, which is a global goal. Those odds are not good enough, she said. “We will not let you get away with this,” Thunberg said. “Right now is where we draw the line.”

Environmentalists have grown increasingly alarmed over warming trends that have exceeded scientists’ models. For instance, a climate study in January showed the world’s oceans are warming significantly faster than previously thought. Since 1970, the ocean has warmed 40 percent more than previous estimates.

The UN noted on its website that global emissions “are reaching record levels and show no sign of peaking,” and that the last four years were the hottest recorded. And that change, the UN said, is beginning to have a “life-threatening impact” as it brings more air pollution, heatwaves, and greater risk to food security.