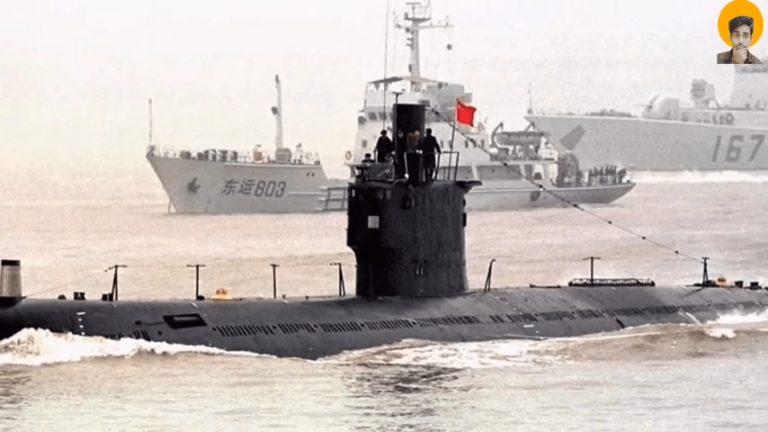 Bangladesh is poised to get its first submarine base thanks to a deal with the Chinese government. (Image: Screenshot via Youtube)

Bangladesh is poised to get its first submarine base thanks to a deal with the Chinese government. The base will be financed by the government of Bangladesh and will be constructed in the country’s southeastern district, which lies on the Bay of Bengal.

“We have procured two submarines from China, so we need a submarine base. Unless we build a base, where will the submarines be stationed… The Chinese will help us build the base and impart training to our personnel to operate the submarines and base. The Chinese submarines will not come here. The base is for our submarines,” retired Col. Faruk Khan, a senior official of the ruling Awami League, said in a statement (Radio Free Asia).

Khan was careful to stress that the decision to allow Beijing to build his country’s submarine base does not mean that Bangladesh is leaning toward China and moving away from its close relationship with India. He said that Bangladesh does not wish to pick sides and wanted to maintain friendship between both countries.

Back in 2016, Bangladesh acquired two “Ming” class submarines from China at a price of US$200 million. At present, they are berthed at the naval base in Chittagong. Since the two submarines are conventional in nature, it is unlikely that India needs to be worried. Though Khan refused to reveal the estimated cost of building the base, a local paper suggested in May that the country might have to shell out US$1.2 billion on the project.

In April, Bangladesh took delivery of two TypeC13B corvettes from China. “Corvettes are small warships, weighing less than 2,000 tonnes, but are capable of carrying missiles, guns and torpedoes. The two vessels for Bangladesh carry anti-ship missiles and a short-range air defence system,” according to The Week.

China has also been building a strong military relationship with Thailand. Recently, the Thai navy signed a deal with China Shipbuilding Industry Corporation for the procurement of an assault ship. To be constructed in about three years, the ship is valued at US$200 million. It will have a length of about 200 meters and will have a displacement of more than 20,000 tons.

In June, it was reported that China agreed to supply Thailand with three diesel submarines in a deal valued at over US$1 billion. The Chinese side offered a lucrative deal that the Thai military could not refuse — three S-26T submarines for the price of two. Beijing also threw in free crew training while giving the Thai government a 10-year repayment term.

“Beijing’s state-owned defence companies have been able to undercut their international competitors on price and offer equipment to the Royal Thai Armed Forces that is more than adequate to meet their defence needs. Thailand enjoys a relatively low-threat security environment that does not require high-end equipment. In terms of price, quality and fit, Chinese hardware represents a good buy,” according to South China Morning Post.

Beijing is also the major weapons supplier to Pakistan. Islamabad will be receiving four Type-054P frigates from China starting in 2021. Back in 2016, China agreed to provide Pakistan with eight conventionally powered submarines. The total contract was valued at US$5 billion. The first four submarines are due to be delivered in 2023, while the remaining will be built in Karachi.