Is There a Global Consciousness? 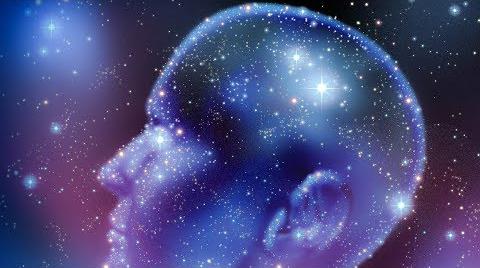 The Global Consciousness Project (GCP) set out to determine whether global consciousness interacts with physical systems and to find ways to identify such interactions if they occur. (Image: Screenshot / YouTube)

In 1998, a parapsychology experiment called the Global Consciousness Project (GCP) set out to determine whether global consciousness interacts with physical systems and to identify such interactions if they occur. The ongoing study is funded by the Institute of Noetic Sciences and involves the collaboration of about 100 internationally acclaimed engineers and research scientists.

The GCP tracks large-scale emotional responses to various world events and compares them with the output of a widely distributed network of Hardware Random Number Generators (HRNGs) in order to find anomalies that correlate with such responses. HRNGs generate random numbers from a physical process rather than algorithms and are usually based on low-level noise generated by microscopic phenomena like photoelectric effect, thermal noise, and so on.

The GCP runs a network of HRNGs at 70 locations across the world. These devices are connected to computers that have custom software that reads the output and records a trial every second. “Our purpose is to examine subtle correlations that may reflect the presence and activity of consciousness in the world. We hypothesize that there will be structure in what should be random data, associated with major global events that engage our minds and hearts,” according to the project’s official website.

The project garnered international attention after it claimed that the September 11 terrorist attacks on the World Trade Center had created an unusual deviation in GCP data at the time of the plane impact and for two days following the incident. However, an analysis of the data by independent scientists concluded that such a deviation was statistically insignificant. There has been widespread criticism on the selection and interpretation methodology used by the project when analyzing data. Some scientists say that the project suffers from the drawbacks of selection bias and pattern matching.

However, a few critics opt to keep their minds open to the ideas proposed by the project rather than to outright dismiss it as unscientific or to label it as a fraud. “Many skeptics bemoan the lack of interest in science education, but when presented with the chance to explore topics like the Global Consciousness Project, that clearly have a great fascination to the public, they shy away. This is unfortunate. Science is a method, it’s not a position. There are no unscientific topics, just unscientific methods,” Alex Tsakiris, host of a science podcast, said to Skeptiko.

Accurately defining human consciousness has been a challenge for scientists. The difference between a conscious and an unconscious person is usually easy to determine. But in some cases, like a serious brain injury, a person can end up in a condition where it is difficult to judge whether they are conscious or not. A new study promises to help deal with the issue.

The study analyzed the brain activity data of 150 people. Forty-seven participants had their brains scanned when awake and under general anesthesia. The rest were people who had suffered brain injuries and were divided into two groups. The first group consisted of people capable of showing small signs of awareness called the “minimally conscious group,” while the second group was awake, but displayed zero voluntary movement; they were termed the “unresponsive syndrome group.” MRI data showed four patterns of brain activity related to cognition.

“The most highly complex pattern 1 was more likely to show up in the healthy awake patients. The least complex pattern 4 was common in completely unresponsive patients. The middle patterns 2 and 3 showed up with the same frequency across all groups. However, the minimally conscious group exhibited pattern 1 more than in completely unresponsive patients,” according to Interesting Engineering.

Further study into the patterns and groups is expected to lead to a more comprehensive definition of human consciousness. It might even be possible to modulate the consciousness signature of human beings in the future and thereby bring back some sense of awareness in patients who have lost it.