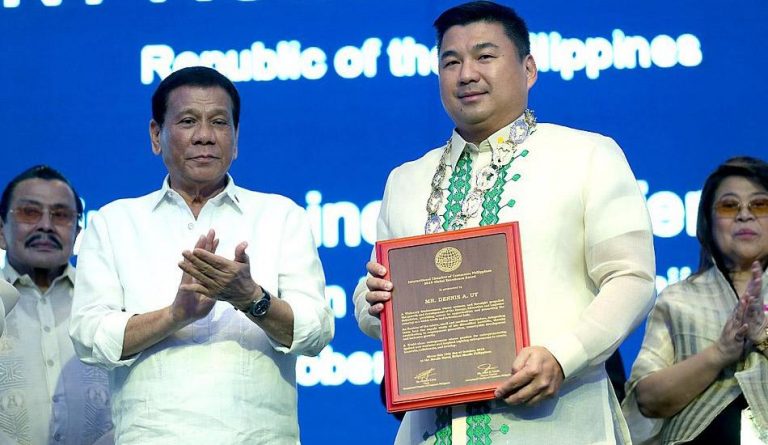 The Philippines military has entered into a preliminary agreement with Dito Telecommunity to set up communications equipment in army camps and installations. Dito is a consortium controlled by Philippine businessman Dennis Uy. However, a 40 percent stake in Dito is held by China Telecommunications Corporation, a state-owned company. Risa Hontiveros, a senator of the Philippines, recently called for an investigation into the agreement.

“There is an urgent need to determine whether or not the presence of Chinese facilities on military bases and installations undermines national security and whether or not the lease agreements entered into for this purpose comply with applicable law… At a time that China has continuously ignored calls about the West Philippine Sea, it is very irresponsible to enter into a deal with them that would compromise our own security and safety,” Hontiveros said in the senate (Radio Free Asia).

The two holding companies that Uy controls in the consortium have zero experience in telecommunications. The Chinese company only has a 40 percent stake since it is the maximum permissible foreign investment allowed in a Philippine company. Uy has close relations with the president of the country, Rodrigo Duterte.

Hontiveros has accused Defense Secretary Delfin Lorenzana of washing his hands of the deal even though the military confirmed that it was Lorenzana who had approved it. Senate president pro tempore Ralph Recto also stated that Lorenzana was likely involved in the agreement.

The military had a similar agreement with two local communications companies, PLDT and Globe Telecom. In a statement, the military said that Dito “guarantees that the devices, equipment, and/or structures installed at the site provided by the AFP shall not be used to obtain classified information.” (Reuters).

The deal comes at a time when the United States has been warning the Philippines against using the equipment of Chinese tech companies, especially Huawei. The fact that the state went ahead and allowed a Chinese-backed firm to lay down the communications infrastructure of its military is basically an indication that the country is increasingly leaning toward China. Duterte has rejected accusations that the Chinese would use the infrastructure to spy on the Philippine military.

Tedoro Locsin, the Foreign Affairs Secretary of the Philippines, recently revealed that Chinese deals are yet to result in any benefit for his country when compared to deals with other nations. “Yes we signed up to this and that agreement, but they hardly materialized… They hardly materialized and if you were to compare it to Japanese investments and official assistance, nothing,” he said in a statement (CNN).

In the past three years, the Philippines has signed several agreements with China, with Xi Jinping’s visit to the country last November alone generating about 29 deals. Critics have pointed out that most of the deals come with strings attached and that Beijing could push Manila into a debt trap. China has played a similar strategy in Sri Lanka where the local government was forced to hand over its port when the loans couldn’t be repaid.

China is also pushy when it comes to the South China Sea. Locsin believes that Beijing acts like a “hegemon” and seeks to make countries in the region accept its dominance. He compared the situation with “feeding a dragon in one’s living room.” Locsin has been an enthusiastic supporter of U.S. presence in the South China Sea.