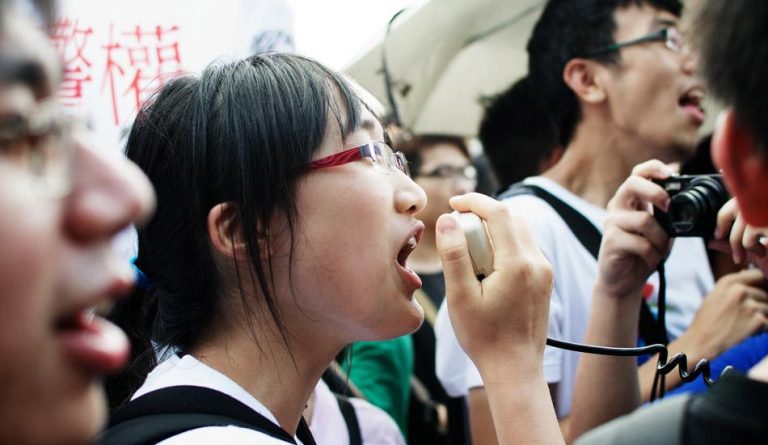 Dreaming basically is a confession of an illegal act. (Image: Ding Yuin Shan via flickr CC BY 2.0 )

If you are someone closely following the Hong Kong protests, you will likely have come across several unfamiliar slang words and phrases. While some of them are used to rally people toward the cause, some of the secret slangs indicate secretive actions.

This is the most popular chant at the Hong Kong protests. The Oxford English Dictionary even recognized the term last year. “Add oil” is basically used as a phrase indicating encouragement. During the protests, when someone calls out “Hongkonger,” as if expecting to hear something from the crowd, the response will mostly be “add oil.” Sometimes, the demonstrators look at how loud others in a protest chant the slogan to determine their enthusiasm to the cause. In July, a pilot of an airline signed off with “Hongkongers, add oil” during the pre-landing announcement. The pressure from Beijing eventually forced the airline to fire the pilot.

The term is basically a euphemism used by protestors to indicate that they have stepped out of the protest. Since Hong Kong is a glitzy place with numerous malls, it is normal for some protestors to visit them after spending time on the streets. This is how the term came to be popular among protestors.

In some of the demonstrations, a few people have engaged in arson, setting fires to objects. The term “use magic” is used to signal an initiative for such an act. Unfortunately, such incidents are becoming quite frequent, with a few protestors deciding to burn barricades and other objects in response to the harsh and violent tactics used by the Hong Kong police.

The police department sends numerous undercover cops to blend in with the protestors during the demonstrations. Such officers are called ghosts. These officers tend to be young, are often dressed in black, and wear face masks to further hide their identity. When wanting to make arrests, they reveal themselves and spring into action. In one of the protests, two undercover cops fired warning shots in the air after protestors identified them and tried to secure their guns.

Some demonstrations can last well into the night. And if a clash takes place between the police and the protestors when the train services are stopped, many of the demonstrators will likely be left stranded in the city. In such a situation, the Telegram apps start buzzing with mentions of “school pick up” services. This is just a code word used by people who have cars to let the protestors know where to meet them, how many they can accommodate in the vehicle, and to which places they can drive to.

The word is used to cryptically confess an illegal action they have committed. For instance, one of the protestors may have thrown a petrol bomb. When talking about it to peers, they will usually say that “I dreamt of throwing a petrol bomb.” By doing so, the protestor ensures that even if someone else overhears his confession or gets access to such a message, he will always be in a position to avoid getting arrested.